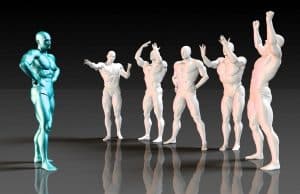 Hecklers are not the judge nor jury. As a Fairfax criminal defense lawyer, I know that advocating for the accused is no popularity contest, but about saving the life, liberty, reputation, and livelihood of the client. As one of the faculty of the National Criminal Defense College implored when inviting the attendees to donate to future Trial Practice Institutes, criminal defense lawyers can find themselves to be even less popular than are lawyers generally in the population.

Heckling is wind that has no more power than flatus

While nobody likes to catch the odor of flatulence, neither the fart nor a wet noodle causes any damage. Prosecution witnesses may scowl at the criminal defendant and his or her lawyer, cops may speak sarcastically or condescendingly, tabloids may spew judgment about higher-profile defendants, and prosecutors may speak arrogantly, but it is the judge and jury that rule on cases. The best athletes are able to win on enemy sport fields, where both the terrain and weather can be unfamiliar while the hometeam fans spew invective at the visiting team rather than showing them the hospitality of a host. Of course, it does not help when a criminal defense lawyer or any other lawyer visiting a less familiar courthouse learns that the judge is acting too chummy with the prosecutor in the courtroom, which summonses not the hecklers concept but the gladiator lesson that a criminal lawyer must tackle all battlefields and battles, no matter how unfair the rules seem and no matter how much the judge appear to flout the criminal defendant-favorable rules.

How to reassure our criminal defense clients about hecklers

Hecklers may try to throw off criminal defendants even when they cannot throw off the criminal defense lawyer. Criminal defense attorneys can prepare their clients for the adverse behavior they may face in others, and be reassured by their lawyer’s class and unruffled act in dealing with all of that. I can share with my clients my taijiquan approach to ugly behavior by others, which is to harmonize the situation and to reverse any adverse tides, to not get any more angry at a vicious opponent than at a vicious dog, and to recognize that ugliness and hate from others ordinarily comes from a place of pain and weakness, so we can have powerful compassion for our opponents without yielding them an inch.

Do Virginia’s civility demands of lawyers reduce the population of hecklers?

New Virginia-admitted lawyers are obligated to attend a professionalism course that includes matters of civility towards opponents, as part of the Virginia Bar’s longtime campaign for civility. That does not mean that all lawyers in the commonwealth are not hecklers and act with civility rather than at minimum using a superficially measured tone of voice even if the words reveal sarcasm and disdain. I sometimes joke that perhaps I see so many more polite Virginians than New Yorkers because one never know who is taking advantage of the state’s concealed carry handgun permit law, nobody knows when a party to a conversation is legally recording the conversation as allowed by the law without making it a criminal offense, and lawyers have civility standards.

Nontheless, demands for lawyer civility apply to lawyers, and not to non-lawyer hecklers. As a prelude to my next paragraph, I note that the Virginia Bar’s professionalism course is called the Harry L. Carrico Professionalism Course. The late Harry L. Carrico became the chief justice of the Virginia Supreme Court and had me rolling with laughter during his lunchtime speech at the 1997 professionalism course I attended, when lightheardedly reading us an inmate’s letter replacing pronouns with “myself” and “yourself” and Justice Carrico’s responsive letter that in kind repeatedly referenced “myself” and “yourself.”

Only a few years later did I learn that Justice Carrico penned the shameful and unanimous 1966 state supreme court opinion affirming the convictions of Mildred and John Loving for violating Virginia’s law making racial intermarriage a felony. The United States just as swiftly and unanimously in 1967 reversed Justice Carrico’s Loving decision and confirmed the Constitution’s full protection for interracial marriage. I searched in vain in the University of Richmond Law Review’s 2013 compendium of tributes to Justice Carrico for even a whiff of a mention about his shameful role in affirming the Lovings’ conviction, but instead left empty-handed after searching for the words Loving, segregation, race, racism, racial, black, white, and Jim Crow. Even assuming for argument’s sake that Justice Carrico harbored no racism, his Loving opinion enabled the then-ongoing virulent racism in Virginia.

On the topic of racism, let us remember that dealing with hecklers in the courthouse and on the courthouse steps is nothing compared to the challenges of dealing with racism among certain jurors and members of the judiciary. Furthermore, while heckling from prosecutors and police does not matter much, racism by them does, because it affects the decisions by racist police about arresting or not and how to treat suspects in front of others, and affects racist prosecutors in their decisions about whether or not to prosecute a criminal defendant, how to approach case negotiations, and whether to seek the death penalty in capital-eligible cases.

Speaking of racism, if Virginia’s lawyer professionalism course is going to be named in honor of the very state supreme court justice Carrico who concluded the Constitutionality of criminalizing interracial marriage, the title of the course merits an appropriate disclaimer acknowledging and rejecting his shameful role in the Loving case.

This is part one of a two-part article. Part two focuses on winning despite heartless-seeming opponents