Trespassing conviction may not bar a burglary prosecution in Virginia 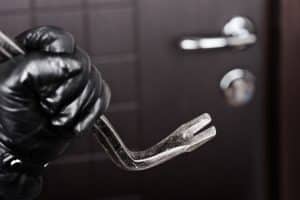 Trespassing conviction may not bar a burglary prosecution in Virginia

Trespassing plea does not automatically avoid a burglary conviction

Trespassing may be prosecuted in Virginia both for remaining on property after the owner’s authorized agent says to leave, and entering property posted against doing so. Va. Code § 18.2-119. As a Fairfax criminal lawyer, I know that such a conviction does not automatically preclude a burglary conviction arising from the same incident date. Va. Code § 18.2-92. Isaiah A. Green learned that from his recent loss before the Virginia Court of Appeals. Green v. Virginia, ___ Va. App. (June 16, 2020).

Here, Green entered a trespassing plea for the incident date, but that did not preclude convicting him of burglary, because the evidence at trial also supported a conviction (for which Green was convicted) of property destruction. Therefore, a conviction of Green for burglary only required proof beyond a reasonable doubt of breaking into and entering a dwelling house with the intent,f or instance, to commit property destruction.

Even assuming for argument’s sake that Green had a good double jeopardy argument, he waived it: “To the extent that the appellant implied at oral argument that the conviction violated double jeopardy, he does not make this argument on brief or cite any authority for this proposition. See Rule 5A:20(e) (requiring that an appellant’s opening brief contain ‘the argument’ and supporting ‘principles of law and authorities’). Because this failure is significant, the issue of double jeopardy is waived. See Jay v. Commonwealth, 275 Va. 510, 518-20 (2008).” Green.