Fairfax Convictions With This Former Rogue Cop May All Get Reversed 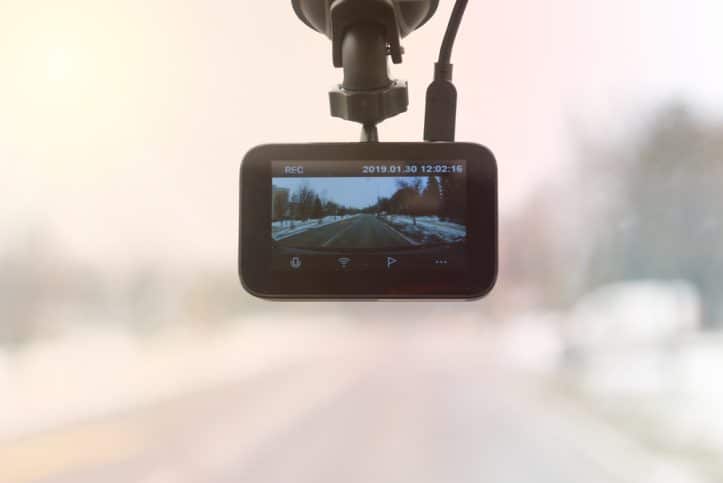 Fairfax convictions with former rogue police officer Jonathan Freitag are in line for the chief prosecutor to seek to undo them. As a Virginia criminal lawyer, I am thankful that former police officer Freitag’s deceit has been uncovered, but also know that resolving his misdeeds does not solve nor prevent other police officers from committing misdeeds unless systemic and attitudinal change comes through such approaches as shrinking the criminal “justice” system (for instance through reducing the over-criminalized statute books and reducing the numbers of police in order to have better quality law enforcement personnel); thanking police for their sacrifices and risks without putting them on pedestals that overlook their human ability to err and fail (and, unfortunately, by at least some to lie); eliminating police staying silent when witnessing misdeeds of colleagues; eliminating police intimidation and threats against video recording public actions of police; eliminating the jurisprudence that so easily allows racial profiling through pretextual police stops (and praised be Virginia legislation that limits the circumstances under which pretextual police stops may be made); and overhauling the Terry stop and frisk policing culture that requires nothing more than reasonable articulable suspicion to begin an involuntary police encounter.

How did Wilson get convicted in Fairfax court in the first place?

Defendant Wilson hired an excellent Virginia criminal defense lawyer who successfully advocated for his exoneration after learning of internal investigation of Freitag and his Fairfax convictions, which unfortunately was only obtained after Wilson had served nearly two years incarceration for his wrongful drug conviction. Wilson v. Commonwealth of Virginia, Fairfax County Circuit Court No. CL-2021-3146 (conviction vacated April 20, 2021). Freitag falsely reported that he stopped Wilson’s vehicle for crossing the yellow line (which the incident video — the existence of which his lawyer did not first know about — showed did not happen, and tested Wilson’s window tinting as too dark under the law (which testing the video showed never took place). Wilson. Yes, drugs and firearms were found in Wilson’s glove compartment after a search based on the claim of marijuana odor, but none of that evidence would have been uncovered but for the unlawful stop of Wilson’s vehicle, meaning the Exclusionary Rule to the Fourth Amendment would have barred such contraband from any trial after the finding of an unlawful traffic stop.

How did former Fairfax police officer Freitag’s deceit get outed after hundreds of Fairfax convictions?

Subsequent to Wilson’s conviction and sentencing, Freitag was under internal police investigation for filing false reports and violating police department policies. When that happens, prosecutors are obligated to disclose that. How did Freitag first get investigated by police internal affairs? Did it arise from a general practice of auditing some of each police officers’ police reports as compared to any video footage recorded by their dashcams (which have now expanded to body cams with some Fairfax police officers)? Ultimately, reports the Washington Post, an extensive review was conducted comparing Freitag’s police reports to videos of his interactions with suspects. Were multiple complaints about Freitag filed that could not be ignored? Did one or more prosecutors suspect and report on possible or discovered foul play by Freitag in the midst of his hundreds of Fairfax convictions? Had Freitag worked in a less wealthy county with tighter government budgeting — or with a blind-eye about possible and actual police misconduct — would his missteps with the Wilson case ever have come to light?

Freitag got outed for more than his unlawful stop of Wilson

The Fairfax internal affairs investigation of Freitag — who obtained hundreds of Fairfax convictions — “uncovered widespread misconduct by Freitag in numerous traffic stops.” Wilson. Moreover, a third party (a fellow police officer?) “revealed that Freitag admitted to that person that he racially profiled a driver in at least one stop.” Id. The main recent Washington Post story on Freitag reports an even greater depth and breadth of allegations of severe police misconduct by him. As to the racially profiling, this confirms that racial profiling by police can take place anywhere, even in Fairfax which has among Virginia’s most racially and ethnic diverse populations and hopefully a lower tolerance for racism and race-based policing by a high percentage of the county’s population.

Thanking Wilson’s lawyer for following through to reverse his conviction

Praised be Wilson’s criminal defense lawyer Marvin Miller for successfully working to reverse Wilson’s conviction. Marvin Miller moved for the disclosure of the police internal investigation of Wilson. He then filed a motion to vacate Wilson’s conviction, which relief the chief prosecutor joined in seeking (whereby a new chief prosecutor, Steve Descano, took the helm shortly after Wilson’s lawyer learned of the internal investigation of Freitag), and persuaded Fairfax Circuit Court Judge Daniel E. Ortiz to grant such relief, as fully detailed in Judge Ortiz’s April 20, 2021 letter opinion. (Why did I not blog about this Wilson case — and the chief prosecutor’s effort to obtain reversal of Freitag’s hundreds of convictions — earlier? Amidst my regularly fighting in court for my clients, a time delay can arise for me to post about police misconduct on my blog and other social media outlets, particularly with ongoing recent allegations of police misdeeds in various parts of the nation, leading up to and beyond former police officer Derek Chauvin’s recent conviction for murdering George Floyd.)

(As another aside: Freitag shares my first name, the meaning of which he seriously dishonored. Jonathan is from the Hebrew for the gift of the deity. In the Hebrew testament, Jonathan was King Saul’s eldest son and faithful friend of the future king David.)

Would all chief prosecutors pursue the reversal of the convicted victims of the likes of Jonathan Freitag?

With Wilson’s release from incarceration, none of Freitag’s convicted criminal defendant victims remain behind bars. Commonwealth’s attorney Steve Descano seeks the dismissal (I take that to mean the reversal) of all the approximately 400 people convicted in Freitag’s case. Would all chief prosecutors do that, particularly had the number and seriousness of such convictions been even higher, and had some of those convicts still been serving incarceration time for some of the most heinous of alleged crimes? One would hope so, but hope springs eternal.

How can wrongful Fairfax convictions be avoided in cases that the prosecutor’s office does not get involved with?

As much as the Fairfax chief prosecutor has stated his resolve to eliminate police misconduct, such a goal is much harder to reach the longer that the county prosecutor’s office continues to decline to get involved with prosecuting the great majority of misdemeanor cases in the county. Steve Descano can argue until he is blue in the face that he needs substantially more funding before expanding prosecutor involvement with misdemeanor cases. However, he had all numbers available during his campaign for commonwealth’s attorney to know about budgeting issues. While I did not closely follow his campaign, if Descano did not reveal during his campaigning that he would reverse his predecessors’ decades-long practice of prosecuting all misdemeanor cases involving criminal defense counsel, that was a great disservice to voters, and would help make him a one-term chief prosecutor unless he expands the universe of misdemeanor cases that his office handles.

Even after the George Floyd tragedy, and now this Wilson tragedy in our own backyard, too many nearby police departments continue to not require videotaping of police encounters. This includes the Metropolitan Washington Airports Authority police and the Alexandria City police. Derek Chauvin would not have been convicted without videotape, and Jonathan Freitag may not have been sufficiently outed in Wilson’s case without videotape.

When suspected, arrested and prosecuted, rely on your own resources to pursue justice

How will police misconduct in obtaining arrests and convictions be uncovered and remedied absent criminal defendants having strong criminal defense? Obtaining a qualified lawyer may be expensive, but the alternative can be much more expensive. Wilson hired the right lawyer, and his investment in an attorney paid off big time, in the end.

Fairfax criminal lawyer Jonathan Katz has successfully defended thousands of people against felony, misdemeanor and DUI prosecutions. Learn the difference that Jon Katz can make in your defense. Call us at 703-383-1100 to schedule a free in-person consultation about your Virginia court pending case.