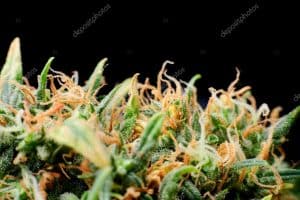 Happy 420 – Fairfax lawyer on marijuana legalization as freedom of choice

Virginia criminal attorney on cannabis and freedom of choice

Legalizing marijuana for medicinal and enjoyment purposes is about freedom of choice and removing medicine from politicization. I support a Second Amendment with teeth but choose not to own a handgun. I support marijuana legalization, but have no interest in crossing the northern Virginia border to legally toke. Legalizing marijuana is a critical civil liberties issue.

Those who click on the link to the logo on my website for NORML (National Organization for the Reform of Marijuana Laws) will see how the marijuana legalization cause influenced me to transition to criminal defense from a Washington, D.C. corporate law firm. Praised be former NORML national director Don Fiedler for advising me how to make a living with criminal defense.

Thanks to Bernie Sanders for being among the political leaders supporting the road to marijuana legalization. Sanders is an example of how people can plant good seeds in government leaders’ heads even if they only sprout decades later. Around 1994, I met Bernie at a fundraiser and asked him to support marijuana legalization. After Bernie first insisted that marijuana was eclipsed by the need to address ordinary Americans’ financial struggles, he finally revealed along the lines of:  “So long as marijuana is being sold to kids, I cannot support its legalization.”

Fairfax criminal lawyer Jonathan L. Katz is fully committed to a full court press for marijuana defense, and all drug and criminal defense. Jon will be delighted to discuss your case with you, through a confidential consultation set through his staff at 703-383-1100.