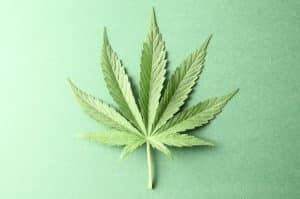 Marijuana tax act (Act) prosecutions were popular right through the 1960’s, until the United States Supreme Court in 1969 reversed LSD guru Timothy Leary’s conviction for not complying with the Act, in that complying with the Act would have violated Leary’s right against self-incrimination under the Fifth Amendment to the United States Constitution. Leary v. U.S., 395 U.S 6 (1969). As a Fairfax criminal lawyer, I am always on the lookout for defenses against self incrimination.

Fairfax criminal lawyer on why Timothy Leary’s conviction was reversed

Leary’s ordeal started through an alleged consent search of his vehicle after Leary was for some reason denied access to drive into Mexico from the United States. The search found marijuana. Leary was federally prosecuted in Texas for allegedly smuggling marijuana into the United States, transporting and concealing the purportedly smuggled marijuana, and for not paying, and not having paid the transfer tax imposed by the Marihuana Tax Act.

In May 1969, the Supreme Court unanimously reversed Leary’s marijuana tax act conviction, based on his right against self-incrimination, and his remaining counts based on the jury instruction based on the relevant federal statute mandating that “Whenever on trial for a violation of this subsection, the defendant is shown to have or to have had the marihuana in his possession, such possession shall be deemed sufficient evidence to authorize conviction [for smuggling marijuana into the United States” unless the defendant explains his possession to the satisfaction of the jury.” Here, Leary testified at trial that he did not know the origin of the seized marijuana.  Leary concludes that “in order to sustain the inference of knowledge we must find on the basis of the available materials that a majority of marihuana possessors either are cognizant of the apparently high rate of importation or otherwise have become aware that their marihuana was grown abroad.” Of course, a substantial percentage of today’s marijuana in the United States is homegrown, now that marijuana growers have learned how to produce high-quality marijuana domestically.