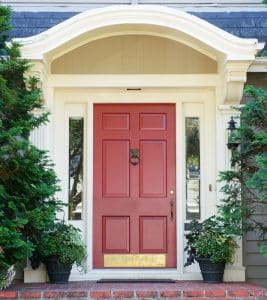 Home visits by police are common. As a Fairfax criminal lawyer, I know that the Fourth Amendment limits the time, place and manner of those visits. For starters, the Fourth Amendment requires police to have probable cause to believe the existence of relevant criminal activity before taking a drug-sniffing dog to the front door of one’s house. Florida v. Jardines, 569 U.S. 1 (2013).

Can police knock on my home front door after midnight?

This week, the Virginia Court of Appeals held that police do not have unfettered authority under the Fourth Amendment to knock on the door of  a person’s home: “We do not hold that every knock and talk at 12:30 a.m. is reasonable or even that knock and talks at that hour are presumptively reasonable. Just as the Fourth Amendment’s reasonableness standard precludes us from adopting a blanket prohibition on nighttime knock and talks, it also precludes us from adopting a blanket rule that all knock and talks occurring at 12:30 a.m. are presumptively reasonable. We hold only that the reasonableness question is to be answered by an objective review of all of the facts and circumstances and that such a review here demonstrates that Loveless’ entry upon the curtilage to conduct a knock and talk was reasonable in this case.” Saal v. Virginia, ___Va. ___ (Oct. 13, 2020).

Will the Virginia courts allow police to knock on my home door after witnessing me driving erratically soon beforehand?

The Fourth Amendment makes a “police officer’s entry upon  a citizen’s curtilage … ‘presumptively unreasonable absent a warrant[,]’ Collins v. Virginia, 138 S. Ct. 1663, 1670 (2018), the high Court also has recognized exceptions to this general presumption. See, e.g., Kentucky v. King, 563 U.S. 452, 460 (2011) (recognizing warrantless entry is permitted to prevent the destruction of evidence); Brigham City, Utah v. Stuart, 547 U.S. 398, 403 (2006) (recognizing warrantless entry is permitted ‘to render emergency assistance to an injured occupant or to protect an occupant from imminent injury’); United States v. Santana, 427 U.S. 38, 42-43 (1976) (recognizing that officers may enter the curtilage and even a home without a warrant when in ‘hot pursuit’ of a suspect). One such exception permits police to enter a citizen’s curtilage without a warrant in order to engage in what colloquially has been called a ‘knock and talk.'” Saal.

With the foregoing in mind, the police saw defendant Saal driving erratically, and knocked on his front door when knowing he was likely still awake past midnight. Saal provides Fourth Amendment approval to such police behavior at Saal’s home under such circumstances.

Does the Fourth Amendment allow police to arrest a person merely for erratic driving?

Saal is peculiar for depicting a police arrest for suspected violation of the Virginia DUI law, for not presenting any evidence of probable cause for possible DUI other than erratic driving behavior. As a Fairfax criminal lawyer, I know that more than that is needed for probable cause to exist for such an arrest, for instance a combination of such factors as strong odor of alcohol, unsteadiness on one’s feet, and ruling out post-driving alcohol consumption, for starters. Saal addresses no Fourth Amendment issues other than the legality of the police knocking on the front door of his home.