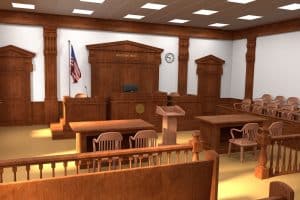 Insanity claims do not assure a return to the street, says Fairfax criminal lawyer

Insanity is a defense often considered when the defendant is unlikely to win on a theory of defense that the alleged act took place in a murder, homicide, or other serious felony case, when the evidence of committing the act is overwhelming. As a Fairfax criminal lawyer, I know that successfully pleading insanity — or not criminally responsible (NCR) — at the time of the incident can still keep the defendant detained in a mental health facility until determined no longer to be a threat of harm. I also know that pleading insane for a misdemeanor or low-level felony risks being detained longer in a mental health facility than the maximum available sentence if convicted.

Insanity as defined by Virginia caselaw

“’As applied in Virginia, the defense of insanity provides that a defendant may prove that at the time of the commission of the act, [1] he was suffering from a mental disease or defect such that he did not know the nature and quality of the act he was doing, or, [2] if he did know it, he did not know what he was doing was wrong . . .  [3] The irresistible impulse doctrine is applicable only to that class of cases where the accused is able to understand the nature and consequences of his act and knows it is wrong, but his mind has become so impaired by disease that he is totally deprived of the mental power to control or restrain his act.’” Orndorff v. Commonwealth, 279 Va. 597, 601, n. 5 (2010) (quoted by  Kahler v. Kansas, ___ U.S. ___ (March 23, 2020) (internal quotation marks and citations omitted).

A Virginia jury in 1994 acquitted Lorena Bobbitt on her insanity defense, for her slicing off the penis of her husband John. Her trial judge released her a few weeks later with a psychiatric evaluation that she was not a threat to herself nor others. Although John Hinckley’s not criminally responsible federal court jury verdict sparked public outrage over the NCR result, he remained locked up for years in a mental hospital after he shot then-president Ronald Reagan, Reagan’s press secretary, a police officer and a secret service agent. Nonetheless, he ultimately obtained family visitation furloughs and now lives with his mother in Williamsburg, which is a much earlier release than if he had been convicted.

The M’nagthen Rule and the U.S. Supreme Court’s revisiting the NCR defense

This month, the United States Supreme Court left wide leeway to the states in developing their insanity defense rules. Kahler, supra. Kahler recognizes the relevance of the M’Naghthen jurisprudence, expressed a nineteenth century British NCR court ruling of the same name. M’Naghthen is covered by the required law school criminal law class, and is rooted in the common law that preceded American independence and therefore was inherited from England, while recognizing that state updates from M’Naghten are legitimate.  The 2010 Orndorff  Virginia Supreme Court opinion recognizes the relevancy of M’Naghthen.