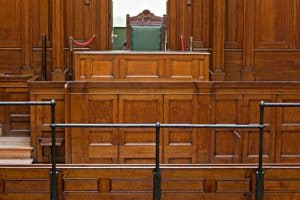 Judicial beyond the courtroom and chambers — Virginia criminal lawyer

Judicial decisionmaking is influenced by factors beyond only the courtroom and judicial chambers. As a Virginia criminal lawyer, I know that judges come to their jobs with several decades of prior life experience and personal biases. Yes, judges take an oath only to follow the law in making decisions, but that oath does not require them to ignore their human experiences.

Late justice Supreme Court justice Antonin Scalia underlined this truism when in 1987 he blisteringly dissented from a 5-4 Supreme Court ruling barring victim impact statements in capital sentencing trials, including the following information that came from beyond the courthouse: “Many citizens have found one-sided and hence unjust the criminal trial in which a parade of witnesses comes forth to testify to the pressures beyond normal human experience that drove the defendant to commit his crime, with no one to lay before the sentencing authority the full reality of human suffering the defendant has produced – which (and not moral guilt alone) is one of the reasons society deems his act worthy of the prescribed penalty.” Booth v. Maryland, 482 U.S. 496 (1987) (implicitly overruled by Payne v. Tennessee, 501 U.S. 808 (1991)).

Justice Scalia gave further insight into this truism by explaining his refusal to recuse himself from ruling on a matter involving then vice president Cheney after joining him and others on a duck hunting trip, in part by pointing out that ormer Supreme Court Justice Robert Jackson “saw nothing wrong with maintaining a close personal relationship, and engaging in ‘quite frequen[t]’ socializing with the President whose administration’s acts came before him regularly.”

Judges attend judicial conferences where they hear speakers of differing viewpoints and backgrounds. At the very least, I hope that any time drug or DUI detection (for instance) is discussed at such conferences by experts on the government side, that we criminal defense lawyers not only have the opportunity to hear what is being said by these experts, but that we also have an opportunity to present the judges with experts who differ.

I cannot automatically decry all the influences that judges receive outside of contested court proceeedings, because the outcome is not always bad. For instance, it is good for criminal defendants when new judges and visiting/substitute judges know that the usual practice in a particular courthouse is not to impose active jail time for first-time DUI convictions where no aggravating factors exist and where mandatory minimum sentencing law does not apply.

On that same note, my clients could benefit from appearing before any of the judges who courageously attended the judicial seminars that were previously held at the Trial Lawyers College (which college I attended for the full month of August 1995), where judges — on a magnificent western Wyoming ranch many miles from the nearest paved road — let down their hair, focused on being real, and focused on knowing their true selves, among other exercises.

Plenty of judges undoubtedly talk with each other behind closed doors, over lunch, and even in the restroom about their views on evidentiary and other legal issues that repeatedly arise, and certainly about the lawyers appearing before them, with assessments of those lawyers running from high praise to abysmal assessments.

A vital part of defending my clients and persuading judges is for me to know my judge. By knowing that judges are influenced by information and factors beyond their courtroom and judicial chambers, I know my judges all the better.

Fairfax criminal lawyer Jonathan L. Katz understands the necessity of effective persuasion in defending his clients. To discuss your case with Jon Katz, please call his staff at 703-383-1100 to schedule a confidential consultation.