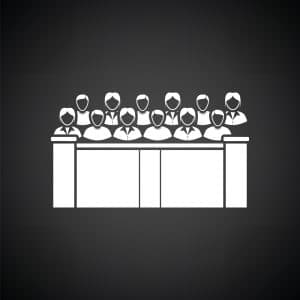 Jury selection is a critical part of criminal defense. As a Fairfax criminal lawyer, I know that the voir dire/juror selection process is very important for trial lawyers to remove the least favorable jurors, to prevent the opponent from striking favorable jurors, to learn about the jurors in order to focus evidence and arguments accordingly, to enable the jurors to learn about the lawyer’s theory of the case, and to get the jurors into a talking mode so that they will do the same in the juror deliberation room.

Voir dire is not unlimited in Virginia

As harsh as the Virginia criminal justice system generally is when compared to its two northern neighboring jurisdictions, a blessing in Virginia is that lawyers in criminal and civil cases get to question and talk with potential jurors at length in the jury selection/ voir dire process.

I know as a Fairfax criminal lawyer that attorney-conducted voir dire is not unfettered. Two and one-half years ago, Fairfax County Circuit Court Judge David Bernhard issued a letter opinion that telling potential jurors about the sentencing range in a criminal case rests in the trial judge’s sound discretion, and that the lawyers themselves cannot address that to the jury venire panel. Virginia v. Barela, 96 Va. Cir. 404 (Fairfax Cir., Sept. 28, 2017).

In his Barela letter opinion, Judge Bernhard addresses the risk of jury nullification with some juries when the potential jurors do not know in advance the penalties.

Fairfax criminal lawyer Jonathan L. Katz pursues your best defense against felony, misdemeanor, DUI and drug prosecutions. To discuss your case in confidence with Jon Katz, please call his staff at 703-381-1100 to schedule an appointment.