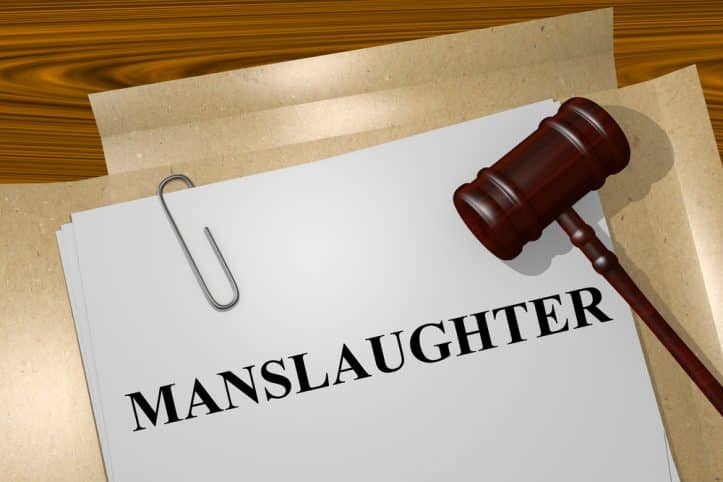 Jury instructions need to be correct. As a Fairfax criminal lawyer, I know that might sound obvious at first blush, but the appropriate instructions are not always given to jurors, and can result in serious harm to criminal defendants. Praised be the Virginia Court of Appeals for recently reversing a conviction for second-degree murder and the use of a firearm in the commission of murder, due to the trial judge’s refusal to grant the defendant’s request to instruct the jury on the lesser included offense of voluntary manslaughter. Dandridge v. Virginia, ___ Va. App. ___ (Jan. 12, 2021).

Murder defendant Rae’quan Xavier Dandridge fatally shot a man out of fear for his mother’s and his life when their car was blocked by two automobiles and a group of ten people surrounding their car. The trial judge declined to give the jury an alternative voluntary manslaughter instruction. As the Virginia Court of Appeals confirms in Dandridge, when a criminal defendant challenges a judge’s refusal to grant proffered jury instructions, the court views the evidence in the light most favorable to the criminal defendant. In that regard, Dandridge and his mother — who had a heart condition — suffered an episode of terror when in response to teenager Dandridge’s mother driving a teen back to her home after hanging out with Dandridge, the teen’s mother and another person blogged Dandridge’s car from leaving. Harris slugged Dandridge through an open window and tried doing so again, Brown got the car door open and tried grabbing Dandridge out of the car, the teen warned Brown that Dandridge had a handgun, Brown tried to grab the gun from the seat pocket, Dandridge retrieved the weapon first and pointed it at Brown, Brown then lunged at Dandridge, Dandridge fired four shots, and at least one of them mortally wounded Brown.

The foregoing scenario cried out under the law for the trial judge to grant Dandridge’s proffered instruction on the lesser included offense of voluntary manslaughter, which the judge declined. If Dandridge’s ordeal did not justify such an instruction, what circumstances would? Although trial courts are afforded broad discretion in giving or denying instructions requested by a criminal defendant, “‘if there is evidence in the record to support the defendant’s theory of defense, the trial judge may not refuse to grant a proper, proffered instruction.’…  ‘If a proffered instruction finds any support in credible evidence,… its refusal is reversible error.’… ‘Additionally, [w]here the conflicting evidence tends to sustain either the prosecution’s or defense’s theory of the case, the trial judge must instruct the jury as to both theories.’… The theory, however, must find support in the evidence. ‘A defendant is entitled to have the jury instructed only on those theories of the case that are supported by [more than a scintilla of] evidence.'”  (emphasis supplied). Lienau v. Virginia, 69 Va. App. 254 (2018).

As to self defense and a manslaughter jury instruction, Dandridge confirms that “the jury’s rejection of Dandridge’s self-defense theory in this case does not preclude its consideration of a voluntary manslaughter theory. ‘The plea of self-defense and of passion . . . are not in conflict with each other.’ …  “In the context of homicide law, fear can be “adequately and in fact provoked” to demonstrate heat of passion, but nevertheless be ‘insufficient for self defense.”‘” Dandridge.

In Dandridge, the prosecution argued that “because the bullet travelled laterally from the right side of
Brown’s body to the left side, the undisputed forensic evidence conclusively established malice because the victim was not even facing Dandridge at the time that Dandridge shot and killed him.” Dandridge replies that the forensic evidence does not ‘affirmatively show’ that Dandridge used a sedate, calm mind or exerted great care while shooting. Nor does it conclusively show whether Brown was shot while turning toward Dandridge, while turning away from Dandridge, while pushing A.Y. out of the way, or while fleeing. It was for the jury to determine whether Dandridge acted with or without malice.” Dandridge. Finding no harmless error in the trial judge’s refusal to instruct the jury on manslaughter, Dandridge reverses his conviction.

Fairfax criminal lawyer Jon Katz leaves thoroughly dissects your Virginia felony, misdemeanor and DUI prosecution for essential attacks in pursuing your best defense. Learn what Jonathan Katz can do for your criminal defense by calling 703-383-1100 for a free in-person consultation with Jon about your court-pending case.