Legalization of marijuana to become a Virginia drug law reality 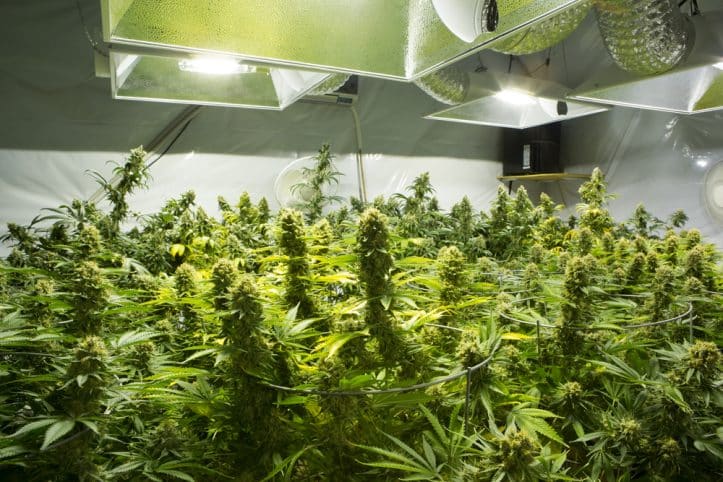 Legalization of marijuana in Virginia is a dream come true. As a Fairfax drug defense lawyer, I say that not because I want to use pot, but because legalizing cannabis helps protect all of our civil liberties, starting with counteracting the failed decades-long wars on drugs, and proceeding to reversing the government’s excessive reach into our personal lives and privacy. On February 5, 2021 — on the heels of the astounding reversal of Virginia’s leadership in executing people — the Virginia legislature reached another incredible milestone by not only passing marijuana reform for personal possession, but also enabling limited home cultivation, and making it possible to be sold in retail stores, and thus guaranteeing a shrunken black and gray market. The governor has already been a longtime supporter of cannabis reform, and is sure to sign the legislation into law, to take effect this year on July 1, which is the date that Virginia laws usually takes effect. The House bill is HB 2312, and the Senate bill is SB 1406.

Marijuana prohibition was a catalyst to my becoming a criminal defense lawyer. I always saw the wars on drugs as an assault on people’s civil liberties, including their Fourth Amendment rights against unreasonable search and seizure, the right to due process under the Fifth and Fourteenth Amendments, and the right to privacy. Marijuana legalization was not about a way for me to use the product, which never gave me a thrill the handful of times I tried it. Legalizing marijuana for me not only is about freedom of choice and civil liberties but also about getting it into people’s hands as medicine for such help as an appetite stimulator for cancer and chemotherapy patients, pain reliever for chronic pain, reliever of the blinding eye pressure caused by glaucoma, and reducer of depression and anxiety.

While a law firm associate for the first two years out of law school, I got fed up reading about a federal prosecutor’s issuance of a subpoena for High Times magazine’s advertiser records, which I interpreted as an effort to pursue sellers and consumers of indoor marijuana cultivation equipment. In protest, I took out a subscription to the magazine, and told the U.S. attorney general the same in a letter that I copied to HT. As a result of devouring the magazine’s monthly pages about legalization and pot culture, I read a full-length interview of the late Donald Fiedler, then the national director of the National Organization for the Reform of Marijuana Laws (NORML), and thereby recognized his face at the subsequent Earth Day. Don and I broke bread together a few months later, when he, a great criminal defense lawyer, told me how I could transition into criminal defense. Also in High Times, I learned about a pot fest scheduled for Lafayette Park, across the White House, where I met such colorful characters as Jack Herer and Lone Reefer. I bought Jack’s exaggerated but important Emperor Wears No Clothes, in which Jack inscribed: “Jon- Start from page one and teach it to the world. Nobody can beat a fact. Love, Jack.”

Praised be the tireless marijuana and drug legalization activists

For decades, activists have pushed for the legalization and decriminalization of marijuana and other drugs. The road clearly has had its thrills of victory and agonies of defeat. How far we have come since a few decades ago when the federal legislature barred even counting votes on a referendum over medical marijuana in the nation’s capital, where one may now legally possess many grams of marijuana, grow it, and share it for free. A political activist once remarked to me that as a criminal defense lawyer, I can immediately see the results of my labors in court, but that political activists often wait years to know how much fruit their efforts bear, or not. Clearly, to obtain social justice, we need to be pushing from both sides, with lawyers fighting for justice in courts, while activists demonstrate, agitate, and push for changes in legislation, policy, and public opinion.

The Virginia House and Senate passed lengthy bills, which at first blush seem to overlap each other. Rather than my fully comparing the two bills, I anticipate they will be harmonized soon for me to review then. Here are highlights that I have gleaned from my review of the House and Senate-passed pot legalization bills: Instead of making marijuana possession a civil offense, such possession for mere personal use will be no offense. People will be permitted to grow a limited number of mature and immature marijuana plants for person use. The penalties for distribution and possession with intent to distribute pot will be reduced. Expungement will become more widely available for pot cases, at least if a conviction did not result. Regulated retail cannabis sales are coming!

Do not expect that Virginia lawmakers are going to okay driving under the influence of pot. Read my article here on Virginia’s DUI drugs law. Marijuana also remains a federal offense, permitting federal prosecution when there is federal jurisdiction, including for transporting and sending marijuana over state lines and possessing it in federal parks and all other federal property. Nevertheless, drug legalization in Virginia is an amazing step forward.

Fairfax criminal lawyer Jonathan Katz has successfully defended hundreds of drug and marijuana defendants against prosecutions alleging crimes running from simple use and possession to trafficking and manufacturing. Learn what Jon Katz can deliver for your defense by calling 703-383-1100 for a free in-person confidential consultation about your court-pending case.