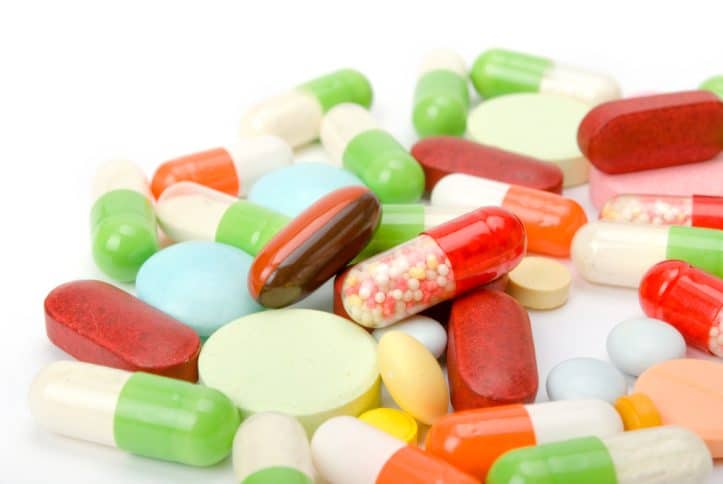 DUI drugs, also known as DUID, in Virginia, means driving under the influence of drugs. As a Fairfax DWI lawyer, I recently obtained a conversion of a DUID marijuana / tetrahydrocannabinol (THC) case to reckless driving, with no conviction and instead resulting in the case dismissal upon payment of court costs. This victory came after full preparation and advance notification to the prosecution that I had secured the presence of a private forensic toxicologist, to testify to the absence of correlation between THC blood levels and driving impairment.

What does Virginia criminal law say about DUI drugs?

I have defended numerous times against allegations of DUI drugs — including morphine, amphetamines and THC — and have several times used the services of a private forensic toxicologist for such cases, who has repeatedly seen no correlation between presence of drugs in my clients’ blood and physical behavior. Virginia Department of Forensic Science (DFS) toxicologist Jayne Thatcher in 2019 herself confirmed that most drugs when found in one’s blood do no correlate to impairment. I found that statement in Dr. Thatcher’s February 2019 transcribed testimony (Thatcher Transcript) in Commonwealth of Virginia v. Dana William Naylor, Jr., Albermarle County Circuit Court No. CR18000593. Specifically, Dr. Thatcher testified: “Most drugs are not able to correlate. Marijuana is a little bit more tricky because it is lipophilic…” Thatcher Transcript at 307. In Naylor, the trial judge kept the jury from hearing the testimony of prosecution witness Dr. Thatcher, when, outside the jury’s hearing, Dr. Thatcher testified in great detail about THC in the blood not being sufficient to correlate to human impairment.

With marijuana decriminalization in Virginia — currently a $25 civil penalty for simple pot possession — cannabis use may well increase in the commonwealth. Thus far, I have not heard of any efforts to create a legislatively-banned blood THC level for driving. The possibility of such a legislative change remains, when considering that Virginia’s DUI law establishes per se illegal blood levels for alcohol, cocaine, methamphetamine, Ecstasy and PCP. Creating such a per se DUI drugs rule for THC would be both unscientific and particularly unfair to those medicinally using marijuana for such ailments as cancer, glaucoma, and chronic pain.

THC can remain in the bloodstream for weeks, thus underlining all the more why THC presence in the bloodstream does not correlate with driving impairment. DFS toxicologist Jayne Thatcher’s testimony in the above-referenced Naylor case addresses in detail why THC blood levels do not provide such a correlation. Furthermore, Dr. Thatcher testified in Naylor that “we know that even when we don’t find THC in the blood, it can be present in the brain and people can be having effects. Conversely, people might have more elevated concentrations, but they may be showing less impairment. So there’s not a direct correlation between a concentration and impairment.” Thatcher Transcript at 302. Additionally, Dr. Thatcher testified about a study involving her trusted colleague Johanne Ramaekers where even with controlled experimentation involving administration of THC to test subjects and then comparing their blood THC levels to behavior (here testing with serum plasma, where THC concentration is higher than in whole blood), only 71% of the subjects showed THC impairment. This study is covered in “Cognition and motor control as a function of Delta9-THC concentration in serum and oral fluid: limits of impairment,” J.G. Ramaekers, et al.,  Drug & Alcohol Dependence, Vol. 85, Issue 2, Nov. 8 2006, pp. 114-122.

The foregoing testimony of Virginia DFS toxicologist Thatcher are very helpful to DUI drugs defendants. At the same time, do not be surprised if an astute prosecutor argues that if a DUID suspect is acting loopy or otherwise strange, without any indication of alcohol, that drugs must have caused such behavior, particularly if the police find drugs on or near the suspect, if the suspect admits recent drug use, or if the police claim to have smelled marijuana. In response, I am ready to argue that loopy and other strange human behavior can arise from many circumstances beyond substance use, including the startling event of a car collision, fear and discomfort being a police suspect, needing to go the bathroom and being denied that permission by police, and anxiety and other psychological challenges. Finding drugs on or near a suspect are not conclusive about DUID, just as presence of those same substances in the bloodstream are not. Smelling marijuana is not conclusive that marijuana was smelled versus another smell, and does not establish when the substance was consumed, let alone how much.

In case a DFS toxicologist testifies in a DUI drugs case about THC or other drug levels in one’s blood being a possible indicator of driving impairment when coupled with such circumstances as admission to recent drug use, the ideal for such cases if for the defendant to retain a private toxicologist to testify. That is what I did for my recent DUID THC case that got amended to reckless driving and dismissed. Although not required to do so by governing law and rules, I filed a notice with the court, with the obligatory copy to the prosecution, of our intention to present the testimony at trial of our designated toxicologist.

How I nudged negotiations towards a dismissal

The prosecutor contacted me the day before trial in this Virginia DUI drugs case, and offered for my client to plead guilty or no contest to an amended charge of reckless driving, with a modest fine and a suspended jail sentence. That offer then changed to withdrawing the suspended sentence element and then increasing the fine a bit. The prosecutor left the offer open until the trial date, which is my ordinary preference for seeing which witnesses will even show for trial. On the trial morning, I approached the prosecutor and told him that his offer came without yet knowing that my client had already completed a Virginia DMV-approved eight-hour driving improvement course and had already been evaluated for an alcohol and drug program. On top of that, I emphasized that this matter was an aberration from an otherwise exemplary decades-long professional and personal life with no prior criminal charges. The prosecutor ultimately agreed to amend the charge to reckless driving, and to recommend for the judge to dismiss the case in exchange for a case dismissal. Done; the case is dismissed.

Am I guaranteed an acquittal against a Virginia DUI drugs prosecution?

An acquittal is not guaranteed in a Virginia DUI drugs prosecution, even if the DFS scientist testifies to difficulties correlating drug blood levels to driving impairment. For one thing, as discussed above, Virginia law criminalizes per se blood drug levels for cocaine, methamphetamine, PCP and ecstasy. For another thing, if a drug other than THC is found in one’s blood, the defendant is left without the extensive science showing absence of a correlation between THC in the blood and driving behavior, without more adverse evidence than that.

Fairfax DUI lawyer Jonathan Katz has repeatedly and successfully defended people charged with driving under the influence of drugs. Learn what Jon Katz can do for you in court, by calling 703-383-1100 to schedule a confidential free in-person consultation with Jon about your court-pending case.

Posted in DWI / DUI, Jon Katz's victories and tagged Driving under the influence of drugs, marijuana, THC impairment
← Drinking after driving is not a crime says Fairfax DUI lawyerFairfax misdemeanor appeals – When the complainant does not appear →