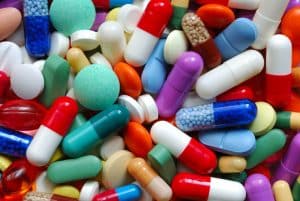 Fairfax DUI lawyer Jon Katz knows that a prosecution for drug-impaired driving is defensible. At the same time, it bears stating that driving under the influence of any drug is a crime in Virginia, whether or not the drug is prescribed or over the counter, illegal, or marijuana, even though simple marijuana possession (not for distribution nor sale) now is decriminalized as a civil offense carrying a $25 fine as the penalty.

What does the Virginia DUI statute prohibit as to drugs and marijuana?

In other words, even a lawfully-consumed drug or intoxicant can be the subject of a DUI drugs or marijuana charge. Moreover, the Virginia DUI statute sets a per se illegal level for driving with at least a 0.02 cocaine level, 0.1 methamphetamine level, and 0.01 PCP level, and 0.1 MDMA / Ecstasy level. One of my focuses as a Fairfax DUI lawyer for defending such a charge is to be ready to show the extent to which any lawfully prescribed medicine or over the counter medicine was taken as prescribed or directed, at a therapeutic level and at a level unlikely to impair driving.

Fairfax DUI lawyer on reducing the risk of being arrested, prosecuted for, and convicted for Virginia DWI involving drugs and marijuana?

The best way to avoid being arrested, prosecuted and convicted for driving under the influence of drugs and marijuana is to not drive while those substances might be in your bloodstream. Of course, THC — a main active ingredient in marijuana — can take weeks to leave one’s bloodstream. If a driver asserts his or her right to remain silent with the police, to refuse field sobriety tests and to decline searches, that might also reduced one’s risk of conviction for such a Virginia criminal charge. As a Fairfax DUI lawyer, I repeatedly remind people of these rights.

Does drug and THC blood alcohol level correlate to impairment?

As a Fairfax DUI lawyer, I know that impaired driving cannot ordinarily be established by blood drug and THC levels. The National Highway Transportation Safety Administration (“NHTSA”) of the federal Transportation Department — which publishes a Standard Field Sobriety Testing manual —  published a 2003 report entitled “State of Knowledge of Drug-Impaired Driving” that concedes the difficulty in correlating THC and drugs in one’s bloodstream or other bodily fluids with impairment. For instance, as to blood, this report says: “In terms of attempting to link drug concentrations to behavioral impairment, blood is probably the specimen of choice. However, forensic toxicologists generally have failed to agree on specific plasma concentrations that could be designated as evidence of impairment (Consensus Development Panel, No Date). The lack of consensus about per se levels of drugs where impairment could be deemed makes it difficult to identify, prosecute or convict drugged drivers in most states.”

What should I do if charged with violating the Virginia DUI law as to drugs or marijuana?

As a Fairfax DUI lawyer, I provide the following tips for some steps to take if you are charged with violating Virginia’s DWI law as to drugs or marijuana: