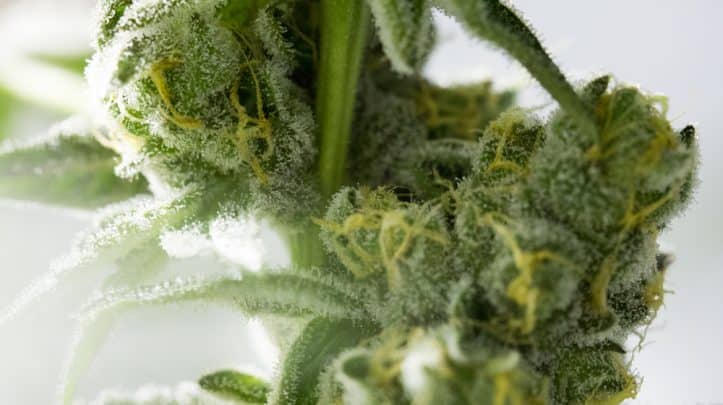 Marijuana reform has been a major issue for me for decades, and now the years of hard work and sweat equity (none of which I handled outside of criminal defense and blogging) by marijuana legalization activists has paid off amazingly as Virginia soon joins the ranks of other states that have heavily legalized and decriminalized pot. As a Fairfax criminal lawyer and drug defense lawyer, I delight in this pot reform development not because it will accommodate my own personal cannabis consumption (my last of five lifetime toking events preceded law school, and I have no interest in trying pot again) but because it is a major criminal defendants’ rights and civil liberties / freedom of choice matter. Moreover, marijuana enforcement was a partial flashpoint for me to transition from a corporate law firm in the nation’s capital to my criminal defense career in the early 1990’s.

At the end of March 2021, Virginia’s governor presented these now-passed edits to the massive (scores of pages) marijuana decriminalization and retail legislation passed by the commonwealth’s Senate and House of Delegates. On April 7, 2021,  the legislature to accepted the governor’s proposed edits .

A skimming of Virginia’s marijuana reform legislation looks like the legislation will take effect on the default July 1 effective date for criminal legislative changes, which means July 1, 2021. This seems to include the part of the legislation opening the way for licensed retail marijuana sales so beware the possible THC contents in candy, brownies and other cannabis edibles that friends offer you after these stores open. Public smoking is banned as a civil offense (and non-jailable offense for a third or subsequent offense). That may reduce the expanded marijuana pungency that I expect to smell on the streets as a result.

Virginia’s marijuana reform law reads like it takes effect for all prosecutions that are still pending as of the expected July 1, 2021, effective date of the legislation. Legislation at p. 241.

A potential downside of getting an automatic criminal record expungement (rather than an instantly-granted expungement upon filing a simple expungement request) is that many people need certified court documentation showing their case charge and disposition. This includes, but is not limited to, people who are not United States citizens, and current and potential holders of security clearances and public trusts. When also considering that Virginia General District Court records are not required to be maintained for more than ten years, it is ideal for everyone with any criminal prosecution to obtain and save at least one certified record of their case disposition soon after the prosecution is resolved in court.

What are the criminal law highlights of Virginia marijuana decriminalization?

The Virginia marijuana reform legislation is over 100 pages long, which means my main review of the provisions relevant to my criminal defense clients has focused on the criminal law provisions — versus retail sales, which are bound significantly to boost tax revenues — which are found partly by keyword checking and skimming. With that, I glean the following as among the most important parts of the governor-proposed legislation from a criminal defense perspective: Pot possession of up to one ounce for personal use by those 21 years old and over is no longer a law violation. Cannabis possession by those under 21 years old remains a civil penalty. Producing wax / dabs / shatter by separating resin with butane is generally a jailable Class 1 misdemeanor.

Possession with intent to distribute marijuana will still be a crime, even though not apparently mentioned in the bill. Unlicensed possession of over one pound of marijuana is a felony carrying up to 10 years in prison; this penalty applies to any quantity over one pound, even if hundreds of pounds. Adults 21 or over may share up to one ounce of marijuana so long as the sharing does not include selling. Section 4.1-1101 of the legislation (at page 155) generally permits adults to grow up to four marijuana plants at home, and states the labeling and control requirements for complying with the maximum four-plant cultivation provision. Growing more plants than that is a misdemeanor for growing ten to forty-nine plants, and a felony for higher number of plants (and a serious felony for any other type of marijuana cultivation.) Any other distribution or sale of marijuana is a Class 2 misdemeanor (jailable up to six months), and a second or subsequent conviction is a Class 1 misdemeanor (jailable up to one year).

You can fight city hall. Accumulated feathers will sink the boat.

Ten or twenty years ago, who would have imagined all the great criminal law reform strides happening in Virginia? This includes eliminating capital punishment, marijuana reform, and giving criminal defendants the sole option to have their convicting jury recommend (and thereby cap) their sentence. As frustrating and toiling as pushing for social justice through legislative reform can be, the payoffs can be tremendous when successful with such change. Again, I was not part of achieving any of this legislative form other than stating my opinions in this blog. This marijuana reform achievement underlines that you can fight city hall, and that even accumulated feathers will sink the boat. This relates to my approach to defending my clients in court, which is to light a candle for justice by pursuing the best possible defense, rather than cursing the darkness that emanates too often from too many judges and prosecutors.

Fairfax criminal lawyer Jonathan Katz pursues your best defense against Virginia DUI, felony and misdemeanor prosecutions, with successful experience defending thousands of criminal defendants. You will benefit from meeting with Jon Katz to learn about the defenses he can mount for you and the possibilities in your case. Call 703-383-1100 to schedule a free in-person confidential consultation with Jon about your court-pending case.