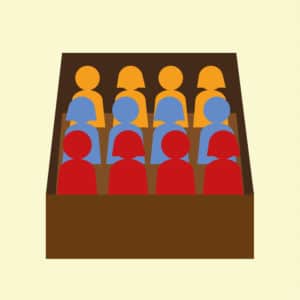 A mistrial can happen for a number of reasons in Virginia, including a hung jury and evidence of misconduct in the jury room. As a Fairfax criminal lawyer, I know that a criminal defendants’ Fifth Amendment Double Jeopardy rights bar a retrial after a mistrial absent manifest necessity. Specifically:

“In Virginia, a trial court may discharge a jury and declare a mistrial when ‘there is a manifest necessity for such discharge.’ Code § 8.01-361. Where ‘manifest necessity compels a mistrial, a retrial does not violate double jeopardy principles.’ King v. Commonwealth, 40 Va. App. 364, 373 (2003). Absent a finding of manifest necessity, however, ‘the constitutional prohibition against double jeopardy entitles a defendant to the ‘valued right to have his trial
completed before a particular tribunal . . . .’” Commonwealth of Virginia v. Jordan, Record No. 0188-20-1 (June 9, 2020) (unpublished).

Reginald Jordan counters allegations that he confessed to murder

Virginia prosecutors got a murder indictment against Reginald Lee Jordan, Jr., and next a mistrial pronounced. Jordan. Prosecutors relied on two informants who testified that they had for a long time known Jordan, whom they said confessed to the murder. Jordan presented his smoking gun witness Kevin Griffith:

“Griffith testified that Outten and Garland, both now in jail, were trying to come up with ‘the best story’ to get time taken off their sentences by testifying against Jordan. He explained that he heard them communicating through a vent in the jail and that they had sent messages though the ‘hall man.’ At the end of Griffith’s testimony on direct examination, defense counsel asked Griffith, ‘You don’t really know Reginald Jordan; is that correct?’ Griffith responded, ‘No.’ The Commonwealth cross-examined Griffith about his criminal record, but did not ask him any questions about his relationship with Jordan.”

After the prosecution and Jordan rested their cases, Jordan made a motion to dismiss the case/ strike the evidence against him, which the judge denied. The parties addressed jury instructions with the judge and retired for the evening. The first thing the next morning, the prosecutor showed the judge a video countering that Griffith had never met Jordan before, showing Jordan and Griffith talking and fist-bumping on several dates at the jail’s medical unit,  The prosecutor “asked the trial court to declare a mistrial or strike Griffith’s testimony, arguing that Griffith had testified he had never met Jordan and that the video demonstrated he had lied.” The trial judge granted a mistrial after finding that Griffith had told a boldfaced lie about knowing Jordan, and found that Griffith’s lawyer had no part in manufacturing such a lie.

The prosecutor was misguided not to have simply asked the trial judge to reopen evidence in order to present the jury with this video information, which presumably the prosecutor only discovered and obtained after court had adjourned the prior evening. Consequently, the prosecutor’s re-indictment of Griffith after the mistrial was declared, was met with the subsequent trial judge’s granting of Griffith’s motion to dismiss on double jeopardy grounds. Griffith finds no manifest necessity for declaring a mistrial in the first place, and that the prosecutor’s proper remedy should have been to have asked the trial court to let the commonwealth reopen its case to present the jailhouse video evidence to the jury. Clearly, Griffith could not have been made to suffer for this prosecutorial foible.