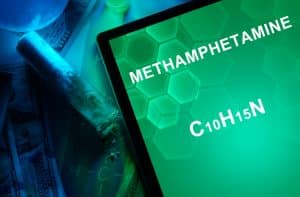 Methamphetamine is a highly addictive stimulant drug. As a Fairfax criminal lawyer, I know that a Virginia conviction for meth possession carries up to ten years in prison, as opposed to a conviction for meth (or any other Schedule I or II drug) possession with intent to distribute or distribution, which carries five years to forty years in prison (all of which can be suspended or not). Va. Code § 18.2-248. Virginia’s advisory / voluntary sentencing guidelines provide for only probation for a first-time conviction for possessing meth or any other illegal drug with no prior convictions, whereas a meth or Schedule I/II drug dealing conviction carries many months incarceration on the guidelines low end for a defendant with no prior convictions.

Amber Bower is one of my latest examples of a criminal defendant who got a worst result in court by not simply remaining silent. Police stopped Bower as she drove her car, on an open arrest warrant / capias. The stopping law enforcement officer saw in the driver’s side door pocket a spoon appearing to have possibly been burnt. Determining that this was the probable cause basis to search the car for drugs and drug parapernalia, police found one bag containing “’empty plastic baggies, needles, a spoon with residue and another bag that had a crystal substance in it,'” which substance tested as methamphetamine. Bowers v. Virginia, Record No. 0707-19-3 (Va. App., June 9, 2020) (unpublished).

As an aside, Bower’s methamphetamine appeal does not mention a challenge to the legality of the search. Clearly, a search based only on  police sighting a “’spoon [that] appeared that it might be burnt,'” is grounds to pounce on the car search, challenging that this is not sufficient information to have probable cause to search the car for illegal drugs and drug paraphernalia.

After being Mirandized, Bower told the cops that her practice for around the prior year was to buy an ounce of methamphtamine two to three times weekly for $1300, using some for herself and selling the rest for $1500, giving her a $200 profit margin. That admission confirmed that Bower had committed meth drug dealing many times in the past, but that admission was insufficient to obtain a conviction for prior criminal activity, because at the very least that left unsaid what state and county the crimes were committed in, let alone that at least slight corroboration is needed before an admission can obtain a conviction (although the cop’s discovery of meth and cash respectively in Bower’s car and home could have been such corroboration.) However, that admission was certainly not favorable to Bower at sentencing.

Was Bower’s remaining meth for her use or for sale?

After Bower also admitted that at home she had what she thought was fake drugs, police obtained and executed a search warrant on her home, finding cash among other things. Not helping Bower about whether the cash was from anything other than drug dealing is her admission that she was unemployed. Not helping her either on that drug dealing count was that the arresting officer testified without objection (an objection was merited about the cop’s qualifications, experience and foundation to so testify) that “[u]sually empty plastic bags are common to resell
or repackage.'” Oh yeah? Those bags also are commonly used to store food and to repackage one’s methamphetamine or other illegal drugs into dosages. (Here, 0.6 grams was seized, and 0.1 grams is a common meth dosage.)

Lessons learned from Bower’s plight include:

Fairfax criminal lawyer Jonathan L. Katz pursues your best defense against felony, misdemeanor, DUI, sex and drug prosecutions in Northern Virginia and beyond. Call 703-383-1100 for a free in-person consultation with Jon Katz about your court-pending criminal or DWI case.