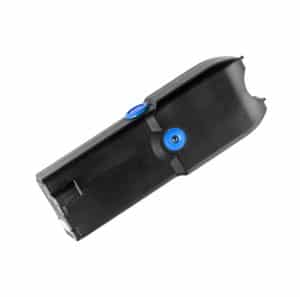 Fairfax policing of course is not immune from misconduct, because police are humans, and all humans are fallible. As a Fairfax criminal lawyer, I am thankful that body camera footage caught Fairfax County, Virginia police officer Tyler Timberlake unnecessarily tasing a disoriented man not just once, but even twice more after he is down on the ground, and initially kneeing on his back in the process. Adding to the unwanted spotlight on Northern Virginia police is this week’s revelation that in April 2020 state trooper Jacob P. Gooch texted his brothers (whether in seriousness or jest) that he “gave a Mennonite man a ticket and coughed on him ‘so he would spread Corona to the wedding they were going too. lol.'”

Fairfax County is one of the nation’s wealthiest counties, twenty miles from the nation’s capital, and the most populous county in Virginia. Looking only at numbers, Fairfax would be expected to have its share of police misconduct for the commonwealth, regardless of how rigorous might be its hiring, training, supervision, and disciplinary process. This does not call for shoulder-shrugging that some “bad apples” are found in every profession, but instead the tasing and coughing news from this week is a further call to action — after the death of George Floyd — to overhaul America’s police state and overgrown criminal justice system, and to have all police outfitted with body worn cameras and cruiser dash cameras that always operate, stay focused on the incident, and play good images and audio, rather than the low and poor sound that I too often hear and the images that sometimes are merely the dash camera pointed the wrong way. With the county’s financial resources being so strong — at least before Covid-19 hit — Fairfax policing can lead the way on this path. Members of the Fairfax Board of Supervisors urged no longer delaying making widespread police body worn cameras a reality. .

Fairfax police officer Tyler Timberlake is being prosecuted for three counts of misdemeanor assault in this tasing incident, which I take is for each of the three times that the police body worn camera shows him tasing a disoriented-looking man, including tasing him twice when he is on the ground already, and putting both knees on his back initially. The incident video of poor Fairfax policing shows at least three additional police officers joining in arresting the tased man.

Why did police arrest the tased man? Because he did not get out of the lightly-trafficked road when asked? Because he was suspected of public intoxication (which non-jailable statute covers influence of alcohol or drugs)? In any event, now Timberlake is being prosecuted, with the police chief’s blessings in this Fairfax policing debacle. As I always say about any prosecuted person, under the criminal law, Timberlake — like all criminal defendants — is presumed innocent unless and until found guilty beyond a reasonable doubt, and is entitled to all Constitutional and statutory procedural rights available to criminal defendants.

At a March 9, 2020 hearing in the case of Timberlake — which I assume was a discovery hearing, because he had already been previously released on personal recognizance — his lawyer and the prosecutor (both of whom I have known for years) agreed that Timberlake mistook the person he was tasing for someone else. True, that might be Timberlake’s trial defense, that he was concerned about controlling a man he mistakenly thought had a propensity to violence, but police do not have the privilege to tase someone they think is violent when not acting violently nor otherwise justifying being tased. Timberlake’s tasing victim was not acting violently. This is a horrendous date in Fairfax policing.

Videotape and audiotape police encounters; do not prosecute civilians for filming them in public; remove police from operating in the shadows

What would have happened if Timberlake’s tasing did not get videotaped, and if Derek Chauvin’s kneeing of George Floyd’s neck had not gotten videotaped? Those recordings made a world of difference to further support arguments for all police encounters to be fully and clearly videotaped and audiotaped. To date, Fairfax police do not videotape and audiotape all their encounters, and sometimes experience videotaping that does not function right out of not checking for proper functioning. Videotaping DUI and other traffic encounters is common with Fairfax policing, due to their cruisers ordinarily having dashcams. However, all police need also to be fully outfitted with body cameras and body audio recorders as well.

Federal police are among the best-funded police. However, repeatedly the National Park Police and Pentagon police are not videotaping and audiotaping DUI and other criminal investigations. The same goes for the Metropolitan Washington Airports Authority police, whose work includes policing at Northern Virginia’s two largest airports and patrolling the Dulles Toll Road. The cost of not recording police encounters with Fairfax policing and other agencies’ policing far outweighs the savings on equipment (more inexpensive than ever) and humanpower to manage and provide such recordings to prosecutors and criminal defendants.

Policing is a necessary evil in our society that ideally is very open and democratic with civil liberties heavily protected. We are far from those ideals. Police serve the public, and not the reverse, while of course that does not give civilians license to mistreat police.

Good policing is not a left-right / Democrat-GOP / radical-law and order issue; it is about doing what is right.

Fairfax criminal lawyer Jonathan L. Katz pursues your best defense against felony, misdemeanor and DUI prosecutions throughout Northern Virginia and beyond. Call 703-383-1100 for a free in-person consultation with Jon Katz about your court-pending criminal or DWI case.