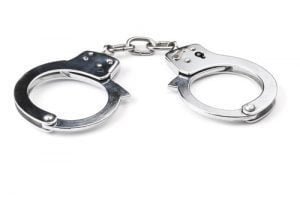 Cracks in the ideal image of police are irreversible, says Fairfax criminal lawyer

Cracks are irreversible in the teflon approach with which many people have viewed the police, in many ways arising from the many police abuses that have drawn widespread public and media attention over the last few years. These cracks are important to reversing our overly policed state. As a Fairfax criminal lawyer, I know that it is not an exaggeration to call Virginia and the rest of the nation a police state, where too many activities are criminalized and overcriminalized (and enforced by police), where police say-so gets search warrants and arrest warrants issued, as well as harsh bonds and presumption of no bond in many felony prosecutions, and where too many judges and jurors cloak police with a higher presumption of credibility than with non-police, when police are mere humans, just like the rest of us.

Looking at how courts treat police

Starting at the courthouse entrance, laypeople see police being treated differently when they are permitted to bypass the security measures applying to criminal defense lawyers and the rest of the public (and the same goes when prosecutors are afforded the same bypassing mechanisms). The same goes for courthouses that allow police to be openly armed inside the courthouse, and the Fairfax and numerous other courthouses that set aside special courtroom seating areas for police. That does not change the cracks in police teflon.

The situation goes further in that Virginia sheriffs’ deputies handle courthouse and courtroom security, when the same sherifff’ / law enforcement departments run their respective counties’ jails and — in such counties as Loudoun that only have a sheriff’s rather than police department — also are the county police. Nonetheless, the cracks in police teflon remain.

Will the self-proclaimed progressive prosecutors increase cracks in police teflon?

Many prosecutors work hand in glove with police. Self-proclaimed progressive chief prosecutors (and one of them takes office in Arlington in January 2020) talk instead of watching out against police corruption, dishonesty, and other abuse; and racial disparities — whether intended or not — in arrests, decisions to prosecute, negotiating decisions, and sentencing, and about achieving more racial, gender, and religious diversity among prosecutors. If they put this into practice, police teflon will get further cracks.

Our overly policed state is what I oppose, not police as people. At the same time, how many police can keep their jobs and promotional career path by openly standing up against colleagues and superiors who speak demeaningly to suspects, run roughshod over the Bill of Rights, and speak out for necessary reforms. It is great, for instance, that many former police are active with Law Enforcemen Action Partnershipe(previously Law Enforcement Against [Drug] Prohibition, further showing cracks in police teflon,  but how many of LEAP’s openly active members are current rather than retired police?

Civil liberties will continue to be wounded until we shrink our overly-policed state (which inevitably includes too many incompetent police), show cracks in police teflon, starting with legalizing marijuana, heavily decriminalizing all other drugs, legalizing prostitution and gambling, and eliminating mandatory minimum sentencing.

Fairfax criminal lawyer Jonathan L. Katz pursues your best path to victory against felony, misdmeanor, and DUI prosecutions. For a free consultation with Jon Katz about your court-pending criminal case, please call his staff at 703-383-1100 to schedule a confidential appointment.