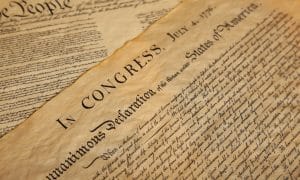 Before you hit the streets, a bar and society, read this to protect yourself against a criminal or DUI arrest or conviction

Before returning to society after loosening of societal Covid-19 restrictions, you owe it to yourself to be reminded of your rights in dealing with police and the criminal justice system. As a Fairfax criminal lawyer, I know that the difference between knowing and asserting those rights, and not doing so can be as extreme as the difference between heaven and hell.

Protecting your criminal law rights by checking your behavior that might alert you to police attention, before it is too late

Before taking a potentially foolish action, or placing yourself with people or in situations that might expose you to arrest or criminal prosecution, consider the wisdom or not of proceeding with such action in the first place. Yes, every criminal defendant is presumed innocent unless and until proven guilty beyond a reasonable doubt. However, too many innocent people get prosecuted and convicted by exposing themselves to police criminal law enforcement action.

Racial and ethnic profiling must end

Of course, to think that racial and ethnic profiling by police does not exist is like believing that the tooth fairy exists. The nationwide outcry for racial justice and the end to police abuse that has followed George Floyd’s death in Minneapolis, is before the nation, and shows that a large percentage of people in America have no tolerance for such profiling.

Most of us have strongly held views on the criminal justice system. When you are stopped or arrested by police, that is not the time to share those views, which your criminal defense lawyer can help with. For the most part, police are doing the job they think they are required to do. Arrestees — before hiring a criminal defense lawyer — get nowhere trying to engage cops about making positive changes in their police department nor systemic changes with the criminal justice system and policing. Moreover, to talk with police as a suspect or arrestee is to violate the maxim that a criminal or DUI arrestee or defendant needs to beware ever giving up his or her Fifth Amendment right to remain silent with police.

The importance of silence with the police

Who is a potentially more fatal witness against a criminal suspect — and before a jury — than himself or herself? Nearly impossible is to successfully argue to the jury that the defendant’d statements to police are overstated or incorrect when spoken. Silence is golden with law enforcement officers. Asserting one’s right to remain silent with police and other authorities is easy to do, and so very important.

Defending yourself once prosecuted

Once arrested or criminally summonsed, you have the might of the prosecution and police officers to defend against. By obtaining a qualified criminal lawyer, you start to level the playing field against the prosecutor and police, and to reverse those uneven sides, hopefully doing so before it is too late.