Multiple trials for one defendant- Fairfax criminal lawyer on the law

Nov 08, 2019 Multiple trials for one defendant- Fairfax criminal lawyer on the law 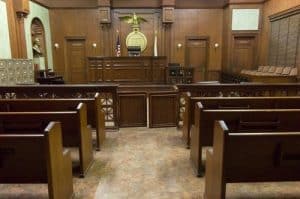 Multiple trials for one defendant- Fairfax criminal lawyer on the law

Multiple trials for one defendant may be less risky than one trial with multiple counts, says Fairfax criminal alwyer

A Virginia criminal defense lawyer can argue to have separate juries hear separate counts against the same defendant.

Virginia severance law provides that the “court may direct that an accused be tried at one time for all offenses then pending against him, if justice does not require separate trials and … the offenses meet the requirements of Rule 3A:6(b).” Va. S. Ct. R. 3A:10(c). Said Rule 3A:6(b) provides: “Two or more offenses, any of which may be a felony or misdemeanor, may be charged in separate counts of an indictment or information if the offenses are based on the same act or transaction, or on two or more acts or transactions that are connected or constitute parts of a common scheme or plan.”

Even if a Virginia criminal defendant opts for and obtains a non-jury trial, the same severance law concerning multiple criminal accusations applies as with jury trials. However, if the judge erroneously declines to sever counts for a non-jury trial, the Virginia appellate courts might find the error to be harmless and decline a remedy “In a bench trial, an erroneous refusal to sever offenses is harmless ‘absent clear evidence that the trial court (1) considered inadmissible evidence in convicting the accused of the charged offenses, or (2) used the ‘”harmless error doctrine . . . prospectively . . . as a basis to disregard an established rule of law.”’” Cousett v. Commonwealth of Virginia, ___ Va. App. __ (Nov. 5, 2019).

Here are a few essentials for a criminal defendant to address when charged with multiple criminal offenses:

Fairfax County, Northern Virginia, criminal defense lawyer Jonathan L. Katz from beginning to end pursues your best defense against criminal charges of felony, misdemeanor and DUI offenses, rangiug from single to multiple counts. Talking to Jon Katz early in your case can spell a big difference in how favorable is your outcome in court. To schedule a confidential consultation with Jon, please call his staff at 703-383-1100.