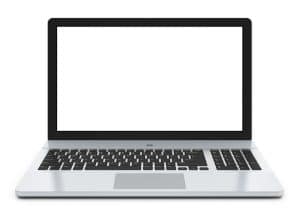 Other crimes evidence generally is admissible at trial. As a Fairfax criminal lawyer, I know that evidence of criminal acts not being prosecuted at trial is only admissible as follows:

“Generally, evidence of an accused’s other criminal acts is ‘inadmissible to prove guilt of the crime for which the accused is on trial.” Gonzales v. Commonwealth, 45 Va. App. 375, 380 (2005) (en banc). ‘“The policy [on other crimes evidence] underlying the exclusion of such evidence protects the accused against unfair prejudice resulting from the consideration of prior criminal conduct in determining guilt.’ Sutphin v. Commonwealth, 1 Va. App. 241, 245 (1985). However, ‘such evidence is admissible “if it tends to prove any relevant element of the offense charged” or if “the evidence is connected with or leads up to the offense for which the accused is on trial.”’”

Lenny Kenner got denied 2-1 on appeal when challenging the trial court’s admission of testimony of other crimes evidence in the form of child pornography found to have been downloaded on his computer close to the time of his prosecuted crime of child sexual assault. Criticizing Blaylock v. Virginia, 26 Va. App. 579 (1998),as wrongly decided and concluding that Blaylock is inapplicable here, the Kenner majority found that the trial court exercised sound discretion in admitting testimony of multiple child pornography images and videos found on Kenner’s computer, including their starkly explicit titles that lent arguments to the prosecutor arguments about the overlap between the behavior in the child pornography material and Kenner’s accused child sexual assault acts. Other crimes evidence can be devastating to a defendant.

Beyond the subject of other crimes evidence and child pornography, while adult sexual material is generally protected by the First Amendment, the First Amendment does not protect against possession of obscenity nor child pornography. While certainly it is harder for prosecutors to prove that post-pubescent images are of people under eighteen years old (child pornography does not involve images of adults who look to be minors), seeking out such material nonetheless includes risks that child pornography will be obtained in the process. Consider, for instance, that Traci Lords’s lie about her birthdate cost the adult entertainment industry substantially to remove her material from circulation.

Considering the sharp dissent in Kenner about other crimes evidence, this case is likely to get reviewed en banc or on appeal to the Virginia Supreme Court.