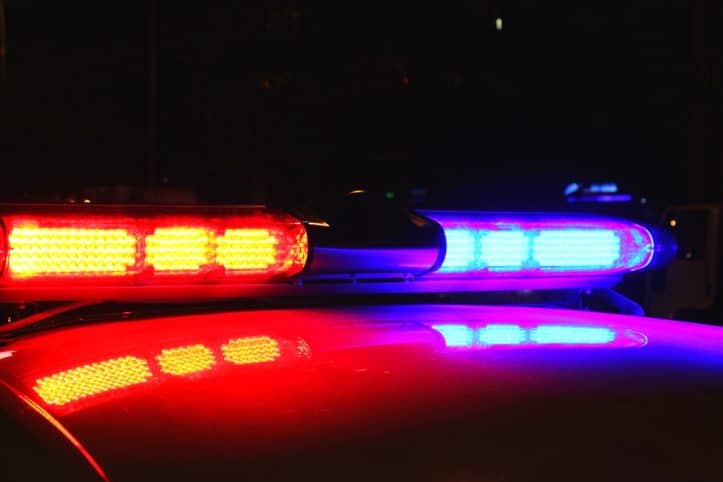 Police hassling does not belong in society, and invites evidence suppression in court when divorced from reasonable suspicion of a crime, says Fairfax criminal lawyer

Police hassling exasperates me as a Fairfax criminal lawyer, civil libertarian, and human being. Having police is part of the so-called social contract where society relinquishes vital aspects of its freedom in order to receive protection from the government apparati. However, police and government are supposed to be here to serve the people (and not the other way around) and certainly not to subjugate people. The Virginia Court of Appeals — hardly a hotbed of criminal defense-leaning radical judges (although in this article’s case, the criminal defendant seemed to have drawn two particularly desirable judges from the three judge panel) — this week painted a revolting picture of a police officer hassling a sexagenarian in the middle of a street, and unlawfully finding heroin on the man. Virginia v. Spivey, Record No. 0082-22-1 (Va. App., June 14, 2022) (unpublished). And for what? To further shred the Constitution’s Fourth Amendment in the name of the decades-old failed and overly expensive drug wars? This is a reason why I am delighted that I have never prosecuted and never will; my criminal defense work is regularly on the side of the angels.

Police hassling is not always perceived as such by those who are willing to let law and order eclipse civil liberties, but Tony Spivey’s case reeks of such hassling. Justice this week prevailed for Mr. Spivey, when the Virginia Court of Appeals affirmed the trial judge’s suppression of the heroin seized from him by a police officer. The drug wars simply do not justify anything other than such suppression in the following scenario that led to Spivey’s prosecution (mind you, in a city whose chief prosecutor claims to be progressive). Tony Spivey was walking with another older African American gentleman during broad daylight in a so-called “high crime area” in the city of Newport News near the time that police officer Delphin received “a call from dispatch that a Black man, who was approximately six feet, one inch tall and wearing a checkered coat, was suspected of having cocaine in the area where the two men were walking.” What made such a report? What was their reliability and basis for making such a claim? Spivey does not tell us that. “Seeing the two men, Officer Delphin pulled over to the curb, quickly got out of his patrol car and, with the door still open, yelled across the street to Spivey, ‘What’s going on, man?’ Officer Delphin then walked towards Spivey and his companion, meeting them in the middle of the street… Spivey and his companion tried to continue walking across the street’  the older man saying, ‘I gotta get out of the street,’ but Officer Delphin continued to talk to them there…”

If the Fourth Amendment and Bill of Rights mean nothing else, they scream the right to be left alone from unreasonable government intrusion and police hassling, including the following behavior of officer Delphin: “’The cigarette box you put in your pocket, there’s nothing in there?’… Spivey answered no, while feeling around his pockets without locating the cigarette box.,, Officer Delphin persisted again: ‘It’s in your jacket pocket.’  Spivey continued to not locate the box… ‘You put it in your jacket pocket right there.’… Officer Delphin, standing close to Spivey, pointed directly at his left pocket and said, ‘This one right there.’ At this point, the officer in the other patrol car was walking across the street, coming up behind Spivey. Spivey finally pulled out the box, with one officer standing right behind him, hand on his service weapon, while Officer Delphin simultaneously reached for the box asking, ‘May I see it?'” (Do not for a moment think that officer Delphin was using a sweet tone of voice at the time.)

The Virginia Court of Appeals in Spivey affirms the suppression of the heroin found in the box he handed to officer Delphin not automatically because the appellate court would have ruled the same after learning of such police hassling, but after the appellate court applied the applicable law that asks whether the evidence was sufficient for the trial judge to have suppressed the evidence, underlining (with my [bracketed] parentheticals): “Here, we cannot say that the trial court erred by concluding that the initially consensual encounter between Spivey and Officer Delphin crossed over to a seizure. The Supreme Court of Virginia has explained that there is no ‘litmus test’ for determining whether an encounter is consensual or a seizure, and listed some non-exclusive factors relevant to the totality of the circumstances: ‘threatening presence [officer Delphin sounded insistent initially on questioning Spivey in the middle of the road, where a car could have hit him] of a number of police officers [a backup police officer came behind Spivey prior to his handing the box to officer Delphin], the display of weapons by officers [the backup officer was armed, and had his hand on his firearm], physical contact between an officer and a citizen [before Mr. Spivey handed the box to officer Delphin “reached for the box”], an officer’s language or tone of voice compelling compliance [I doubt officer Spivey was using his sweetest indoor voice], the retention of documents by an officer [Spivey does not say whether the police ever returned his license to him], and whether a citizen was told that he or she was free to leave [that never happened here].’ Harris, 266 Va. at 32.” Spivey is well reasoned and reaches the right result. Hopefully, Spivey (which needs to get published, to become binding authority on the Virginia trial judges) will make officer Delphin, his colleagues, other police, and prosecutors recognize the unconstitutionality of such actions as officer Delphin engaged in.

Fairfax criminal lawyer Jonathan Katz feels from his gut the absolute need to fully serve his clients and their causes, which has the fringe benefit of regularly defending the Bill of Rights, against Virginia DUI, felony and misdemeanor prosecutions. Call 703-383-1100 for your free in-person confidintial consultation with Jon Katz about your court-pending case.