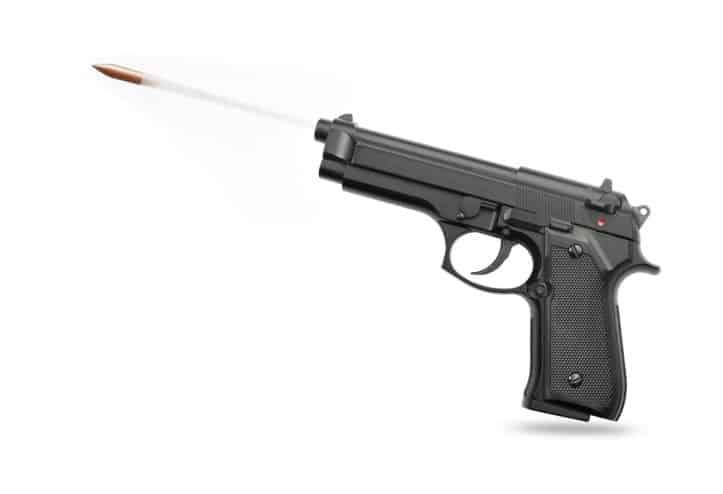 Police seizure (PS) is critical to determining whether a law enforcement officer’s (LEO) encounter with a criminal suspect required probable cause to believe that the suspect had committed a crime or reasonable articulable suspicion of criminal activity by the suspect. As a Fairfax criminal lawyer, I keep abreast of the criminal caselaw from the Virginia, United States Supreme Court (SCOTUS), and United States Court of Appeals for the Fourth Circuit (in Richmond). This past week, a key SCOTUS case was issued that defines PS when a LEO applies touching or force to a suspect, but does not address such actions using such less solid physical properties as police application pepper spray.

When a suspect does not submit to a police officer’s oral or other sound command to stop, is the suspect seized under the Fourth Amendment?

In 1991, SCOTUS gave police a greenlight to draw the foul of inspiring fleeing suspects to discard their illegal drugs or other contraband while fleeing, without needing to have Fourth Amendment police seizure justification to pursue the suspect if the suspect never succumbed to their authority. California v. Hodari D., 499 U. S. 621 (1991). Hodari did not answer the question of the extent to which the Fourth Amendment covers police application of touching or physical force to a suspect who continues to flee after the touching or force is applied. SCOTUS this past week answered that question, in Torres v. Madrid, ___ U.S. ___ (March 25, 2021).

Does the slightest touching by a police officer with the objective intent to restrain amount to police seizure that implicates the Fourth Amendment even if the suspect flees?

Torres answers yes to the foregoing police seizure question. After reviewing the common law and relevant court opinions, Torres makes the foregoing conclusion. As to the objective aspect of this inquiry, Torres says: “Moreover, the appropriate inquiry is whether the challenged conduct objectively manifest  an intent to restrain, for we rarely probe the subjective motivations of police officers in the Fourth Amendment context. See Nieves v. Bartlett, 587 U. S. ___, ___ (2019) (slip op., at 10). Only an objective test “allows the police to determine in advance whether the conduct contemplated will implicate the Fourth Amendment.” Michigan v. Chesternut, 486 U. S. 567, 574 (1988). While a mere touch can be enough for a seizure, the amount of force remains pertinent in assessing the objective intent to restrain. A tap on the shoulder to get one’s attention will rarely exhibit such an intent.” Torres.

Is the Fourth Amendment implicated as to police seizure when police apply physical means that are less physically solid that bullets or hands?

The foregoing police seizure question is answered by Torres‘s proclamation that: “We do not accept the dissent’s invitation to opine on matters not presented here—pepper spray, flash-bang grenades, lasers, and more.”  As a curious aside, this criminal defense-favorable SCOTUS opinion emerged from a court that now has six justices likely selected by Republican presidents who probably expected them to uphold law and order principles, with Republican-appointed Chief Justice Roberts penning the Torres majority opinion, joined by Republican-appointed Justice Kavanaugh, and the three Democratic appointees. Republican appointee Justice Barrett took no part in this 5-3 opinion. The willingness of two Republican appointees to join with the three Democratic appointees in Torres is a signal to law enforcement and lower courts to expect SCOTUS to maintain at least some critical curbs and checks on police power and action.