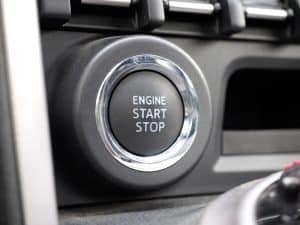 Pushbutton cars should fall outside Virginia’s caselaw permitting a DUI conviction for sitting parked behind the wheel with the key in the ignition in the off position. As a Fairfax criminal lawyer / Virginia DUI attorney, I know that Virginia DWI law bars both driving and attempting to drive under the influence of alcohol or drugs. That is the state of affairs even though the Virginia DUI statute does not mention attempted driving, rather than saying: “It shall be unlawful for any person to drive or operate any motor vehicle, engine or train (i) while such person has a blood alcohol concentration of 0.08 percent or more by weight by volume or 0.08 grams or more per 210 liters of breath as indicated by a chemical test administered as provided in this article…” Va. Code § 18.2-266.

Unfortunately, the below-discussed Virginia Supreme Court trio of Nelson, Enriquez and Sarafin does the opposite of encouraging people to pull their key-operated cars — versus pushbutton cars — off the road and sleep off the effects of alcohol, medication or drugs, rather than continuing to drive. A person sleeping in a car is more of a sitting duck to police than one in a moving motor vehicle; we do not want to discourage people from sleeping off alcohol by worrying them about being such sitting ducks.

This unfortunate trend moved forward in 2011, when the Virginia Supreme Court ruled 6-1 that one is an operator of a motor vehicle for purposes of a DUI prosecution, merely by being asleep at the wheel of a parked car with the key simply turned to the position to have the radio playing. Nelson v. Virginia, 281 Va. 212, 707 S.E. 2d 815 (2011). One year later, the Virginia Supreme Court amended Nelson further towards prosecutorial-friendly terrain, ruling unanimously that one is an operator of a motor vehicle for a drunk driving prosecution merely by being in the driver’s seat with the key in the ignition in the off position, even when asleep. Enriquez v. Virginia,283 Va. 511, 722 S.E.2d 252 (2012). Further highlighting the harshness of the Nelson-Enriquez key-in-ignition DWI doctrine is the Virginia Supreme Court’s affirmance of a DWI conviction of a man simply sitting in his car in his own driveway listening to the radio, with the key in the ignition. Sarafin v. Virginia, 288 Va. 320764 S.E.2d 71 (2014). Thus far, no published Virginia appellate case addresses the situation with pushbutton vehicles.

I argue that one does not attempt to commit DUI by merely having one’s ignition keys in one’s pocket rather than in the ignition. Similarly, merely being in a pushbutton vehicle with the car completely off should not permit a conviction for DUI. To say otherwise would truly discourage people from safely sleeping off the effects of alcohol. Let us say that Melvin drives to a bar, drinks several beers, leaves the bar after last call, and emerges into dangerous freezing storm that would discourage even the bravest taxi or Uber / Lyft driver. A safe option for everyone would be for Melvin to get into his car and sleep off the alcohol — and await the end of the storm — rather than to freeze to death outside his car. Of course, the current Virginia caselaw would enable Melvin to avoid a DUI conviction if he sat or laid down anywhere other than the driver’s seat, but it would also be nice if Melvin could turn on the heat in the car, which could only happen if he indeed was operating or attempting to operate the vehicle, which is an essential element for a prosecutor to obtain a DUI conviction.

Inserting a key into one’s ignition arguably shows a level of possible intent on the way to driving that merely possessing a pushbutton key fob does not. With that in mind, my Westlaw search of the phrase “‘18.2-266’ [the Virginia DWI code section] and push! /2 button” yields only one written judicial opinion, which is from Judge Robert Smith of the Fairfax County Circuit Court, incorrectly ruling that merely possessing a key fob for a push button car (whether or not the fob even is for that particular car) satisfies the Sarafin element of merely having a key in the ignition. Virginia v. Lopez, 90 Va. Cir. 413, 2015 WL 10521525 (2015). (The criminal defense lawyer who argued for Lopez was David Bernhard, who two years later joined Judge Smith on the Fairfax County, Virginia, Circuit Court bench).

The best way to reverse this Nelzon-Enriquez-Sarafin state of affairs is for the Virginia legislature to amend the commonwealth’s DWI statute to clarify that merely sitting in the driver’s seat of a car whose engine is not engaged (and the engine should not be considered engaged merely if the lights or radio or on) does not constitute driving nor attempting to drive, even when the key is in the ignition or the fob for a pushbutton car is on the suspect’s person.

Virginia’s DUI law and nationwide DUI laws need overhauling, both to better protect criminal suspects’ and defendants’ liberty, and to foster better respect for the criminal law of the commonwealth. As it stands, the Virginia DWI law is so watered down that a person risks being convicted for DUI by merely being asleep behind the wheel of a parked car with the key in the ignition (or possessing a pushbutton fob —  if a judge follows the improvidently-decided Lopez Fairfax Circuit Court case addresed above — after consuming enough alcohol to noticeably affect the person’s appearance or behavior. That is not driving. That is not drunkenness, nor is that even being buzzed. That is a severely diluted definition of anything even remotely approaching drunkenness.

Adding insult to injury is that a conviction under such a watered-down Virginia DUI law — whether with or without a pushbutton vehicle — becomes a predicate for an even harsher sentencing and suspended driving state of affairs should the convicted DWI defendant next get convicted again for committing DUI within ten years of committing the same offense. Mothers Against Drunk Driving (MADD) may be very organized and influential and love this watered down state of affairs, but we Virginians have a voice, and can organized to reduce such nonsense in the DUI law.