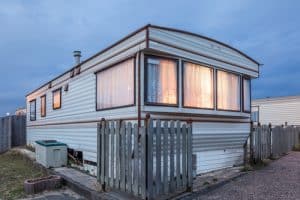 As a Fairfax criminal lawyer, I know that police generally are barred from investigating for possible criminal activity by going right up to the windows and doors of people’s homes, even if that home is a trailer home at a trailer park. Carlson.

Search warrants are not any less invalid for trailer homes than brick and mortar homes, says Virginia drug lawyer

As a Virginia drug lawyer, I am delighted that today the Virginia Court of appeals invalidated the search warrant and search of Ian Carlson’s home, thus reversing his conviction for the felony of manufacturing marijuana, arising from the discovery of multiple cannabis plants at his trailer home.

Despite the prosecutor’s contention that “the officers, after narrowing down the possible source of the [marijuana] odor, ‘went one step too far in confirming their belief by sniffing the trailer’s window casings and doorjamb,’ the Virginia Court of Appeals found this argument “inconsistent with the testimony of the officers, who admitted to sniffing the windows and doors of all the nearby trailers in an attempt to narrow down the source of the smell.” Carlson.

Although the Commonwealth argued “that they were not required to prove with certainty that Carlson’s trailer was the source of the marijuana odor to prove probable cause,” nonetheless, “the Commonwealth was required to demonstrate a ‘fair probability that contraband or evidence of a crime will be found in a particular place.'” Carlson.

Search warrants must be challenged in drug cases and all cases