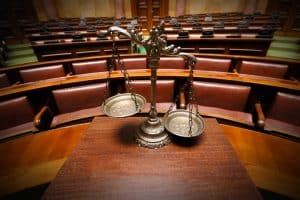 Sex offender registration is but one of the harsh realities for those convicted in Virginia for rape, other sexual assault, child pornography, and soliciting minors for sex. As a Fairfax criminal lawyer, I know that the conviction and sentence for such crimes is a sharp sting in itself. Once a person convicted of such an offense gets released from incarceration, s/he must register as a sex offender and often face very unpleasant probation terms and conditions.

Virginia’s treatment of out of state sexually violent offenses

In Virginia, every “person convicted of a sexually violent offense … shall reregister [as a sex offender] with the State Police every 90 days from the date of initial registration.”  Va. Code § 9.1-904(A).

A “sexually violent offense” includes “(ii) any offense for which registration in a sex offender and crimes against minors registry is required under the laws of the jurisdiction where the offender was convicted.” Va. Code § 9.1-902(F).

Turner declines to “resort to the absurdity canon to circumvent its plain language,” even while recognizing that the “effect of the statute [requiring Turner’s tri-monthly sex offender re-registration] is to treat some persons convicted in another state differently than some persons convicted in Virginia, by imposing on some out-of-state convicts a more onerous registration regime.”

Fairfax criminal defense attorney Jonathan L. Katz has successfully defended many people charged with sex offenses as well as thousands prosecuted for alleged felony, misdemeanor, DUI and drug offenses. To discuss your case with Jon Katz, please call his staff at 703-383-1100 to schedule a confidential consultation.