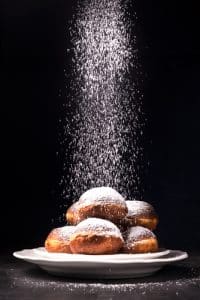 Skipping field testing of suspected unlawful drugs does not automatically preclude a vehicle drug search in Virginia,  as learned on in the Virginia Supreme Court’s recent case of Commonwealth v. Curley, __ Va. ___ (July 26, 2018). As a Fairfax criminal lawyer, I find startlingly disappointing Curley’s unanimous affirmance of a car search arising from finding white powder on a scale in the pocket of a nervous driver stopped for having no front license plate/tag, where the police did not first field test the suspected cocaine.

Placing too much reliance on the investigating police officer Owens, who “had  been specifically trained in identifying illicit drugs,” Curley unanimously okays the car search (that turned up rock cocaine (also known as cocaine base/crack), marijuana and a Glock handgun) that resulted from officer Owens’s believing “the white powder on the scale was cocaine residue.”

As a Virginia criminal lawyer, I am stunned that Curley does not require further inquiry to permit a probable cause car search, than the inquiry of officer Owens, who eyeballed white powder on a digital pocket scale. A scale just as easily can be used to weigh such other lawfu whitel items as talcum powder, or powdered sugar (pictured), dry milk, baking powder/soda, flour or other white substances for baking purposes, for instance. Curley makes no mention of drug field testing, which supports that no field testing was done.

We live in an over-policed society where law enforcement is permitted by the United States Supreme Court to make pretextual traffic stops for the purpose of investigating for criminal activity, and where the Fourth Amendment right against unreasonable search and seizure is watered down by such SCOTUS rulings as Terry v. Ohio, which permits initial police stops for nothing more than reasonable articulable suspicion of criminal activity. Curley adds to this overpoliced state of affairs by telling police of the watered down importance of drug field testing before engaging in a full-blown search.

As much as Curley is a stunningly disappointing opinion, I will be ready in court to argue to that Curley has limited application beyond Curley’s own facts of a very nervous driver carrying a scale having powder residue, viewed by a police officer more relevantly experienced and trained in cocaine detection than most police.

Fairfax criminal lawyer Jonathan L. Katz became a criminal defense lawyer in large part because of his exasperation over the civil liberties-violating drug wars. Jon will be delighted to discuss your case with you through a confidential consultation scheduled through his staff at 703-383-1100.