Success at trial when outnumbered and judge-abandoned – Fairfax lawyer 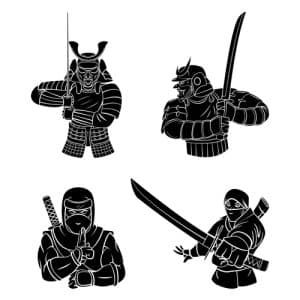 Success at trial when outnumbered and judge-abandoned – Fairfax lawyer

Success in court is achieved only in imperfect settings, says Fairfax criminal lawyer

Success in criminal court and elsewhere is not about winning with ideal and perfect circumstances. As a Fairfax criminal lawyer, I know that such success is about winning despite unanticipated hurdles, existing judges who run afoul of their oaths, police who don’t accept that their role is to serve all, prosecutors who try throwing dirt in my face, and clients who prevaricate to their own detriment,

Virginia criminal attorney on focusing on the win in court

I love fighting and always have. My clients find themselves in a criminal “justice” system with the odds often heavily stacked against them. I am here to reverse that situation, to fight like hell for criminal defendants, and not for the fight itself but for the win. Any majestic look of the courtroom masks the fighting chain and nunchaku-swinging battle that often ensues in those courtrooms on the road to success.

Success in court without perfect preparation

While preparation and practice is critical for all criminal defense victory, even the best trial lawyers do not enter the courtroom battlefield perfectly prepare. There is always something more that can be done to improve a trial lawyer’s chances of success, whether that be finding and handling an additional angle or more, unearthing additional witnesses and pieces of evidence, or finding that additional obscure piece of persuasive legal authority. Like one of my greatest college professors told me about my research paper on the dissident movements in the Soviet Union and Poland, there comes the point that the research ends and the writing begins. With court, the trial date dictates when the battle begins after all the sweat and toil in preparing for the fight.

Fairfax criminal attorney on success despite the opponent’s strength

A worthy opponent might raise points, execute battle moves, and present pieces of evidence that I had never expected. Regardless of any great moves by the opponent, things I could have done better in the fight, or feces spewed from the bench, the battle is the time to battle, and not to let myself get distracted, debilitated, nor demoralized in the battle. That of course is part of the power of battling from zero.

We have examples in Sun Tzu and the North Vietnamese military’s victory over the better armed American military that being outnumbered and outgunned do not prevent success. When a warrior has the spirit, venom, adrenaline, drive and devotion to win, s/he can overcome the ostensibly better-armed opponent. When I maintain my devotion to my client and his/her cause and remember that I have only one battle available to obtain justice for him or her, my mindset changes from if at first you don’t succeed try and try again, to knowing that this is my one battle for obtaining success.

Winning is invigorating in and of itself, for my client’s sake, and for winning the next battle. Losing for me must only be a temporary setback as I get back on track for winning again.

Fairfax criminal lawyer Jonathan L. Katz is available most later afternoons to meet with potential clients, through a confidential meeting set through his staff at 703-383-1100.