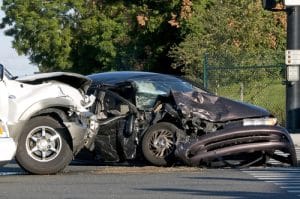 Homicide convictions can arise from driving after consuming too much alcohol, says Virginia DWI attorney

Homicide is a risk of impaired driving, because in many ways, as Ralph Nader urged, cars can be unsafe at any speed. As a Virginia DUI attorney, I advise everyone to stay away from driving a motor vehicle for at least twenty-four hours after consuming alcohol or impairing drugs. Such an approach overprotects against the risk of an arrest, prosecution and conviction for DWI.

I repeatedly remind judges at DWI sentencings that harsher sentences should not visit people convicted of DUI who have caused car accidents in the process, in that we only outlaw DWI to prevent harm to people and property, so when such harm arises, harsher penalties should not follow. However, that is not the reality in court, where once a sentencing judge concludes that the convicted DUI defendant caused an accident, harsher penalties often result.

If the above caution is not enough to convince people to stay out of the driver seat for at least twenty-four hours after consuming alcohol, and also to wait long enough after taking impairing medications, maybe Clinard Gary Lambert’s plight will seal the deal. This week, the Virginia Court of Appeals affirmed Lambert’s manslaughter and DUI convictions that carried a multi-year prison sentence. Lambert v. Virginia, ___ Va. App. ___ (March 12, 2019).

After a fatal car accident, Lambert told the police that previous to the accident, he had come from a methadone clinic. The police obtained a search warrant for Lambert’s blood, which revealed the presence of methadone and Xanax. My understanding is that presence of drugs in one’s body does not automatically show causation with driving impairment (which is particularly true of marijuana, because that stays in one’s bloodstream for weeks), the Virginia Court of Appeals found that the evidence was sufficient to convict Lambert for manslaughter/ homicide and DWI, where the trial included a toxicology witness for the prosecution who testified that the methadone and Xanax each has “depressant effects, and can cause drowsiness, dizziness, lethargy, slowed hand-eye coordination, slurred speech, and altered balance [and that] that the combination of Xanax and methadone can be dangerous if the user is not accustomed to taking those drugs together… [A] head injury could produce similar side effects, ,,, [but] the drug
levels present in appellant’s blood could have impaired his driving.”

As much as I decry Virginia’s DUI laws as too harsh, I prefer to see people stay away from driving at least twenty-four hours after consuming alcohol and after consuming strong medications, than being arrested, prosecuted and tried for DWI, homicide or both.

Virginia DUI lawyer Jonathan L. Katz has successfully defended hundreds of defendants charged with DWI since 1991, and has taken hundreds of such cases to trial. To discuss your DUI or criminal case with Jon Katz, please schedule a confidential consultation through Jon’s staff at 703-383-1100.