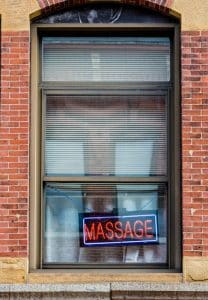 Trafficking in sex workers — in terms of forcing and coercing women to engage in prostitution — apparently is widespread in the United States. As a Fairfax criminal lawyer, I expect that such trafficking will be reduced by legalizing and regulating prostitution.

In places where prostitution is criminalized, customers (also known as “Johns” and “hobbyists”) and prostitutes/providers/escorts operate in the shadows, with providers consequently hesitant to report mistreatment to the authorities. Decades of experience shows that the right way to proceed — both to reduce trafficking and for civil liberties — is to legalize and regulate prostitution, just as we see in some Nevada counties, Germany, and many other countries.

When a non-United States citizen is charged with violating prostitution, pimping and bawdy place laws, they need to proceed with their lawyers in pushing hard for obtaining dismissals, acquittals or else favorable amendments of their charges, and to consider appealing if convicted.

While I strongly advocate legalizing consensual sexual activity among consenting adults, I recognize that many if not most women probably would prefer other income-earning options, but choose sex work because of limited or no alternative options to earn a similar income level, due to temporary financial planning (for instance to finance higher education), because they do not have work authorization in the United States, and because of the realities of gender, race and other discrimination in the workplace and society at large.

In such countries as Thailand (where one provider on a beautiful beach, unprompted, in 1989 offered me sex for $16) and India, providers are particularly cheap, and sex tourism happens not only because of plentiful access to providers but also with low prices for their services.

Hobbyists should recognizing these economic realities and the reality of sex trafficking, fully avoid sex trafficking activity, treat providers with full respect, always use condoms and never pressure providers to proceed without condoms. Certainly, as a lawyer I cannot tell anyone that it is okay for them to engage in any criminal activity, but I can urge people to treat each other with full dignity and respect.

Robert Kraft is being prosecuted for what should be legal activity

This week, New England Patriots owner Robert Kraft was charged in Palm Beach, Florida with two misdemeanor counts of soliciting prostitution, with each count carrying up to one year in jail. He is not charged with violating trafficking laws. He is being prosecuted for what should be lawful activity.

Yes, with all his wealth, Mr. Kraft could have been more discreet had he actually engaged in such activity, and not frequented this establishment alleged to have routinely provided oral sex and hand jobs to customers.

Because Kraft’s alleged crime (he is of course presumed innocent) should be legal, he should not face any sanctions from the National Football League for his alleged prostitution crime, and certainly not before his case is resolved in court.