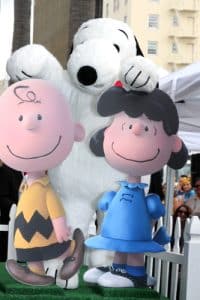 Trial focus is critical – A Virginia deal is not always a done deal – Fairfax lawyer (Lucy van Pelt’s snatching away the football symbolizes backing out of a deal.

Trial focus is critical for criminal defense lawyers. As a Fairfax criminal lawyer, I know that trial focus is the only way to win, to negotiate from a position of strength, and to not get caught with pants down in the event that the criminal defense client changes his or her mind from a plea deal into a trial posture.

A deal is a deal, goes the saying. However, under Virginia law, the mere happening of offer and acceptance of a plea offer does not automatically bind the prosecutor to not withdraw from the plea offer before the judge has accepted a criminal defendant’s plea of guilty, no contest/ nolo contendere, or Alford.

Sadly, Virginia appellate caselaw provides prosecutors wide leeway to back down from plea deals before the court actually accepted the defendant’s plea. Watkins v. Virginia, 27 Va. 473 (1998) (en banc) (reversing the Virginia Court of Appeals panel that determined that a “middle ground exists when the defendant, although not having pled guilty, has taken some ‘other action’ pursuant to a plea agreement” to justify enforcing the agreement). (For additional key caselaw on enforceability of plea agreements, see Santobello v. New York, 404 U.S. 257 (1971); Wright v. Virginia, 52 Va.App. 690 (2008); and Sandy v. Virginia, 26 Va.App. 724 (1998).

Absent the defendant’s having done anything underhanded to obtain the plea agreement, such prosecutorial backing out of a deal summonses unseemly images of an unfeeling Lucy van Pelt each season urging Charlie Brown to kick the football she is holding, only to snatch the ball away at the last moment so that Charlie lands on his back. Consequently, even when prosecutors back out of a plea deal without violating the Virginia caselaw, that does not mean that such backing out will not damage that prosecutor’s (and even that prosecutor’s office’s) reputation with criminal defense lawyers. If prosecutors want criminal defense lawyers to take them seriously about plea negotiations, they should rarely if ever back out from accepted plea deals, and I rarely see them do this, possibly for that very reason alone.

My watchword is never to let my guard down with prosecutors, which is the same for dealing with all battleground opponents, and is further supported by the foregoing caselaw.

Fairfax criminal lawyer Jonathan L. Katz has successfully defended thousands of criminal defendants since 1991. Jon will dbe delighted to discuss your case with you, through a confidential consultation set through his staff.