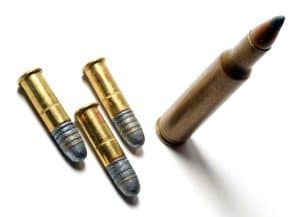 Fairfax criminal lawyer on handling handgun violence and all violence

Handgun violence runs rampant in American society. This is the second instalment of a two-part article on this topic. Part 1 is here.

How do we stop murders if guns are not banned? I do not have a ready answer, but as a Fairfax criminal lawyer do have the below thoughts.

Those who own guns should assure they know how to use their weapons as safely as possible, and to assure they do not get into the wrong hands. Guns are not going to get banned, particularly because the Second Amendment will not get repealed, and because gun culture is so entrenched in the United States, going back to the days of the first settlers and their next generations and the wild west.

We already have federal and state gun laws that severely punish for homicides, robbery, sexual assault, drug dealing, and other felonies committed with guns and other firearms.

Gun control advocates also talk about more tightly restricting who can own handguns in the first place (for instance those convicted of felonies), including screening for mental illness. I also know about laws limiting the number of bullets that one may possess (but that sounds counter to the Second Amendment), and efforts to stick gun manufacturers with civil liability, which federal legislation prohibits.

American society is overly disconnected, with so many people feeling oppressed and left out from economic and other life opportunities that widespread violence will continue in America for a long time to come. (It is unclear how much the Santa Fe, Texas murderer was motivated by the rejection of his romantic advances on another student.) Just as one person’s vote for president, by itself, is not by itself likely to change the outcome of an election, one person alone connecting with and reaching out to others rather than shunning them is not going to do much for stopping violence in America. Of course, enough accumulated feathers sink a boat. Each of us can start today with even the smallest act of kindness and compassion to strangers, which can include refraining from flipping the bird at a driver who tailgates us, helping a person who has been injured, helping a person being mistreated by another, and simply looking at other people with a compassionate heart.

Fairfax criminal attorney on the necessity of knowing self defense

In this overly violent society, everyone needs to know self defense. Self defense is not going to stop a bullet, but self defense starts with avoidance, de-escalation, and the right words, and proceeds to knowing how to use our hands, fists, arms, legs, feet, and entire body to physically defend ourselves and others. This is the society in which we currently live.

Fairfax criminal lawyer Jonathan L. Katz has repeatedly defended people charged with weapons offenses, crimes of violence, and many other alleged felonies and misdemeanors. Jon will be delighted to discuss your case with you, by a confidential consultation schedule through his staff at 703-383-1100.