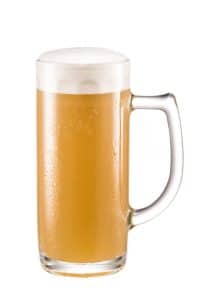 Witness availability — on the prosecution side — always needs to be checked by the defense lawyer as part of advising a criminal or DUI defendant whether to proceed to trial and how to proceed with settlement/plea negotiations.

As a Fairfax DUI lawyer, my ideal is to wait until the trial date to see whether the essential prosecution witnesses have arrived to court or are reliably on call, because sometimes they do not arrive, whether because of not being subpoenaed, miscalendaring, scheduling conflicts, transportation issues, delays, sickness, disinterest, or work or family obligations. In the Virginia state district courts where I usually appear, I can usually wait until the trial date to make such a check. In many other instances, negotiations are conditioned on settling the case before the trial date, in which case I need to check about witnesses other than seeing if they are in the courthouse.

Recently at a federal DUI trial, the proceedings got adjourned for a future date to handle a procedural matter that came to light during the trial. Up until that point, I had not been able convince the prosecutor to settle the case for reckless driving, which would have been a great outcome in this case that had a high chance of a DWI conviction had the prosecutor’s witnesses showed up for trial.

The prosecutor then offered the defense the option of a favorable reckless driving plea (amended from the DUI charge) or for the prosecutor to seek a trial date postponement, which he likely would have been granted. This was a favorable outcome.

Fairfax DUI lawyer Jonathan L. Katz has since 1991 successfully defended hundreds of people charged with DUI/ DWI in state and federal court. To discuss your criminal or DUI case with Jon, please call his staff at 703-383-1100 to schedule a confidential consultation.