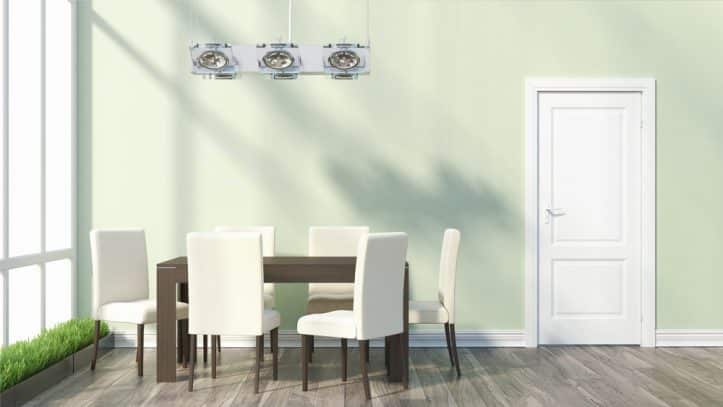 Virginia criminal plea deals are often part of criminal defense in Fairfax and the rest of the commonwealth. As a Fairfax criminal lawyer, I know that it is great to obtain a dismissal or acquittal against Virginia DUI, drug, felony and misdemeanor charges. I also know that both the criminal defense and prosecution sides often have bets to hedge that make it worthwhile to engage in negotiations to obtain an agreed dismissal, plea deal or other agreed case disposition, while the defense continues at every turn to be fully prepared for trial, so that the defense will always perform strongly at trial and so that negotiations will be from a position of strength. Critical for the Virginia criminal defense lawyer to discuss with his or her client concerning plea negotiations is the extent to which entering a plea deal will prevent further criminal prosecution at the state or federal level, the weak state of Virginia plea deal law that makes it easy for prosecutors to back out of plea deals before the judge accepts them, and the importance of making any party-agreed sentence or sentencing cap binding on the trial judge, which enables the defendant to withdraw from the deal if the judge does not accept the sentencing agreement.

When engaging in Virginia criminal plea negotiations, ask your lawyer about any risks of any new criminal charges from the incident date, whether in the same Virginia county or in a neighboring federal court. The Constitution’s Sixth Amendment double jeopardy bar against further prosecutions generally only applies against the very same crime and offense date being recharged in the very same jurisdiction after the defendant has already been convicted of that count, as well as against any new criminal count whose elements include every single element that was needed to prove any count for which you have already been convicted as the result of a plea deal or trial. Notice that I said very same jurisdiction. Each state of the nation is a different jurisdiction. Ford v. Virginia, 33 Va.App. 682 (2000).  The federal criminal law embraces a different jurisdiction than any state law, and the Supreme Court’s separate sovereigns doctrine removes double jeopardy protection from being prosecuted for the same action in federal court for which the criminal defendant has already been convicted in state court. Denezpi v. United States, ___ U.S. ___ (June 13, 2022) (2022 WL 2111348). From a practical standpoint, a defendant may not wish to pursue assurances from a federal prosecutor that no federal prosecution will be sought, in that raising that very question under certain circumstances could wake a sleeping giant and result in a federal prosecution.

Why would a prosecutor withdraw from a plea deal, and why would the courts allow that?

A deal is a deal, negotiators usually say when the opposing side gets cold feet about moving forward. However, with Virginia criminal plea negotiations, the caselaw is favorable — too favorable actually — in permitting prosecutors to walk away from plea deals or to only agree to proceed with those deals with new amendments, so long as that is done before the judge accepts the deal or so long as the defense is unable to demonstrate sufficient enough prejudice from a breach of the deal. While it is true that Virginia criminal defendants are permitted to walk away from plea deals before the judge accepts a guilty or no contest / nolo contendere plea, such walking away by a criminal defendant comes with the risks that the prosecutor will refuse any renewed plea negotiations.

Why would my trial court judge refuse to effectuate a sentence and sentencing conditions agreed to by me and the prosecution for a Virginia criminal plea deal?

The answer to the foregoing question about a Virginia criminal plea deal was found a few weeks ago in the Fairfax Circuit Court, when the judge I appeared before for my client’s sentencing repeatedly stated to other defendants that the prosecution and criminal defense are free to reach agreements on dismissing some counts and amending some counts to less serious charges, but the judge has sole authority when it comes to sentencing, including to consider the public’s interest in setting a sentence. When the judge rejected the favorable sentence that my client (through me) and the prosecution had recommended to the judge, my client withdrew his guilty plea, went before a different judge to set a new trial date, ended up presenting the same deal to this new judge, and the new judge accepted the plea deal. All of this interaction with the new judge entirely comported with the law, which provides that when the trial judge rejects a binding plea, the defendant is free to withdraw from the deal and proceed before a different judge. A key here is that the plea deal be made binding on the judge, or else the judge will be free to force the criminal defendant to proceed forward to sentencing before that judge even if the judge reaches a sentence that is harsher than the parties agreed to.

Why engage in criminal case settlement negotiations at all? Why don’t I simply proceed to trial and pursue an acquittal?

The foregoing is a good question about Virginia criminal plea negotiations. Many criminal defendants are too quick to pursue the most favorable plea deal, without first carefully considering the strengths and weaknesses of the prosecution’s and defendant’s case, fully preparing their case for trial, and engaging in self improvement steps to help with any sentencing, whether that arises from a conviction at trial or through a plea deal.

Fairfax criminal lawyer Jonathan Katz pursues your best defense against Virginia DUI, misdemeanor and felony prosecutions. Jon Katz usually can meet with you within a business day of your calling for a free in-person confidential consultation about your court-pending case, at 703-383-1100