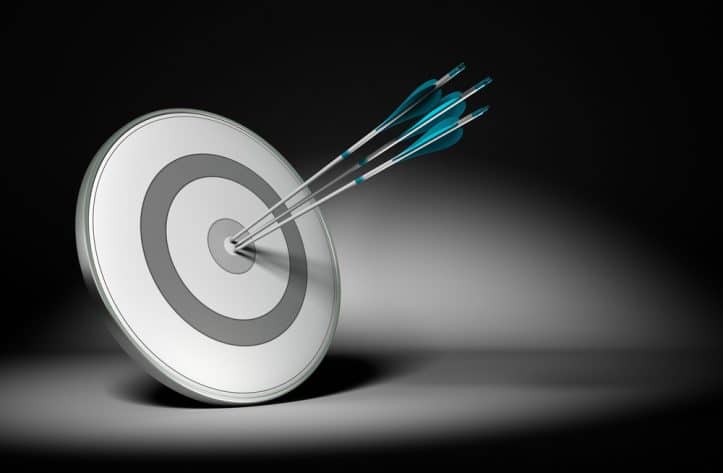 Results in court are everything, says Fairfax criminal lawyer

Results — great ones — are the goal of every Virginia criminal defendant whose focus is in the right direction. As a Fairfax criminal lawyer, I repeatedly hear from my clients: “What will happen in my case? Are you optimistic about the outcome?” If a hospital emergency room patient asks that of his surgeon while a rusty spike is causing blood to spew out of the patient’s hand, the right doctor will respond: “Let’s get that spike out of your hand rather than letting you bleed to death from merely talking.” When my client asks me that question, I see the spike in his hand that has to be removed, to stop the bleeding, and to also address any exposure to possible infection. The possible case outcomes certainly are relevant to my client’s managing his or her expectations and next moves, settlement negotiations, and preparing for any sentencing. At the same time, I will not overpromise outcomes, but will not sell myself short either. I go for the gold and often achieve stratospheric outcome much better than that, without always knowing when nor where I will achieve that. I will not let my case prognosis to my client hurdle me from obtaining much better than that for them.

My approach to obtaining winning results in court for my clients is inspired by such stories as the success of John Bobbitt’s surgical team. No matter how much of a villain John Wayne Bobbitt may or may not have been, his medical team’s successful efforts to reattach and make functional his penis is a great inspiration and motivation for defendants to obtain the right Virginia criminal lawyer for their defense. For those who were not old enough nor born yet when this world famous story took place, John Bobbitt’s then-wife Lorena testified in her Northern Virginia criminal trial — for which she was acquitted on an insanity plea in her Northern Virginia prosecution for malicious wounding — that her husband returned home and raped her. Later on in the kitchen, she saw a knife, and, while John slept, sliced off his penis, took it in her car, and threw it outside. Breakthrough number one for John was that police were actually able to find his detached penis, with Lorena’s help. Breakthrough number two was that an eager team of medical experts — intrigued by this rare challenge — timely came to John’s assistance. Breakthrough number three was that this risky surgery was a success in restoring even sexual functionality to John (regardless of what one thinks of restoring such functionality to someone if they had committed rape). John’s doctors did not mope around about what would happen if the surgery failed. They rolled up their sleeves, worked closely in teamwork like a well oiled machine, dug right into their sharply focused work, and proverbially or actually high fived over the rush of their success. (As an aside, John Bobbitt got acquitted for the charge of raping his wife in this incident.)

The great thing about obtaining a seasoned Virginia criminal lawyer is that they barely flinch when shot at, and keep fighting

For getting great results against your Virginia DUI or criminal prosecution, nothing beats having a battle tested criminal defense veteran of a lawyer who keeps on fighting even with the bullets whizzing by and even when experiencing a temporary setback. A vivid inspiration here (once we remove the unnecessary racial references in the story) comes from Anthony Bourdain’s initial bestseller, where he relates how he asked his fellow kitchen workers where he could find some First Aid cream or other salve to soothe a burn he got from sizzling oil. With a fury, a veteran kitchen thundered at such an utterly nonsensical request, when compared to the setting-the-record-straight man’s constellation of scars and blisters that dwarfed Bourdain’s one small burn. President Truman would say that if you can’t stand the heat, get out of the kitchen. For great Virginia criminal defense lawyers, it’s not the heat of the kitchen that tests whether the lawyer can do the work, but the extent to which the attorney does not even flinch at the proverbial burns, sword scratches, and bows and arrows, instead persevering as a champion of his or her client and a champion of justice, refusing to let any prosecutor, police officer, other opposing witness, or judge get in the way of fighting successfully for the criminal defendant’s plight.

Is all of this talk of “when the going gets tough, the tough get going” just a bunch of fish stories?

The foregoing is an essential question to separate out the Virginia DUI and criminal defense lawyer who will get great results for you if they can be obtained, versus the lawyers who are full of hot air. Talk is cheap. Action speaks louder than words. You don’t have to be a lawyer to figure out whether the attorney you are interviewing for your criminal defense knows from his or her experience and know-how how to effectively and beneficially defend you, truly cares about you and your cause, and will fight like hell for you, despite the proverbial landmines along the path, let alone being ready to intuit, find and blaze new paths towards victory, as needed.

Will my attorney not flinch about defending unpopular criminal defendants?

Speaking of John Bobbitt and great results, he certainly was unpopular among plenty of people for allegedly raping his wife. I assume his lawyer Gregory L. Murphy did not flinch when he obtained a jury acquittal, where one juror said the jury agreed with Murphy that the case against John was “too circumstantial, and it could not rely solely on Lorena Bobbitt’s word. ‘If someone had heard her scream… or if there had been some sort of bruising, that would have made more substantive evidence.'” Just as a surgeon cannot concern himself  about whether the members of his golf club will expel him for operating on a violent racist (and who would want to belong to a club that would exercise such an expulsion?), a great Virginia criminal defense lawyer focuses on the task at hand, unconcerned about receiving bad press nor fake social media reviews in the process.

Virginia criminal defense is war. Do not expect a do-over.

Even though Virginia criminal defendants have appeal rights if convicted, defendants should treat their pre-appeal stage as not having do-over opportunities for achieving great defensive results. Appeals cost more money and are not guaranteed to win. Pursue your win now. no matter how uphill the battle may seem. Sometimes when you get up that hill, you find it is not as steep, treacherous and high as you had thought. Work closely with your well-chosen lawyer. Do not hesitate to ask your lawyer questions. A good lawyer will never be offended by diplomatically worded but fearless questions. Your Virginia criminal lawyer is supposed to be there to serve you, not to keep hearing plaudits all day long.

Talk is cheap. Now get yourself the right Virginia criminal lawyer for you, and fight for yourself  like you have never fought before.

Fairfax criminal lawyer Jon Katz focuses on tackling even the biggest challenges in fighting Virginia DUI, felony and misdemeanor prosecutions. Your free in-person consultation with Jon about your court-pending case is just a phone call away, at 703-383-1100.