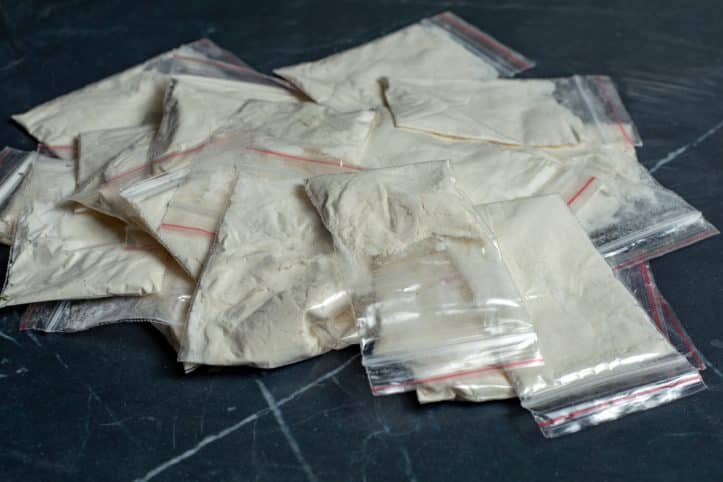 Virginia drug dealer identification is more lax for those familiar with the seller than eyewitness identification of a previously total stranger, says Fairfax criminal lawyer

Virginia drug dealer identification is the topic of the one of this month’s Virginia Court of Appeals opinions. Dwayne Allen Ray, Jr., v. Commonwealth of Virginia, ___ Va. App. ___ (Feb. 1, 2022). As a Fairfax criminal lawyer, I know that courts are not as demanding about minimally acceptable procedures for eyewitness identification proceedings where the eyewitness already knows the drug dealer or other suspect well, than with alleged criminal perpetrators whom the eyewitness has only seen once before. Moreover. Ray deals with the police identification procedure of a suspect before the suspect even commits the crime that is the basis for the subsequent prosecution.

What are the legal standards for Constitutional identification of Virginia criminal suspects by non-police witnesses?

In the Ray Virginia drug dealer identification case, the Virginia Court of Appeals emphasizes that “witnesses to a crime ‘must ordinarily “testify about an encounter with a total stranger under circumstances of emergency or emotional stress.”‘ Logan [v. Virginia] , 51 Va. App. [111] at 115-16 [(2008)]…. It is these circumstances, combined with unduly suggestive police procedures, that give rise to the risk of misidentification, which in turn implicates the protections of the due process clause…” Ray.

What happens when the police snitch has known the Virginia drug dealer defendant for years?

In the Ray Virginia drug dealer identification case, although the police commenced a controlled illegal drug purchase from Ray via snitch Cumbee with an otherwise unduly suggestive single DMV photo of Ray, the evidence at trial overcame the suggestiveness argument based on Cumbee’s assertion that he been dealing with Ray regularly for years before the controlled buy. In that regard, where “as here, the identification occurred before any crime had occurred, and where the concerns giving rise to due process protections do not exist, the due process clause [of the Constitution’s Fifth and Fourteenth Amendments] does not apply. See Perry [v. New Hampshire], 565 U.S. [228] at 245 [(2012)] (‘The fallibility of eyewitness evidence does not, without the taint of improper state conduct, warrant a due process rule requiring a trial court to screen such evidence for reliability before allowing the jury to assess its creditworthiness.’). Accordingly, the trial court did not err in denying Ray’s motion to suppress the out-of-court identification.” Ray.

What are the risks of a drug dealer’s regularly selling to the same customer?

When a Virginia drug dealer regularly sells to the same customer, that customer becomes all the more attractive to law enforcement to find a reason to arrest the customer, and then to dangle to the customer the possibility of non-prosecution, reduced prosecution, or more lenient prosecution through snitching against the dealer, making undercover drug purchases from the dealer, or introducing the dealer to an undercover cop posing as a drug purchaser. For drug dealers who have thought through such a risk, they have accepted such a risk as a cost of doing a business that many dealers find lucrative, at least until caught.

Fairfax criminal lawyer Jonathan Katz has successfully defended hundreds of defendants charged with Virginia DUI, drug, felony and misdemeanor crimes. Learn the insights and great things Jon Katz can do in your defense through a free in-person confidential consultation with Jon about your court-pending case, scheduled by calling his staff at 703-383-1100.