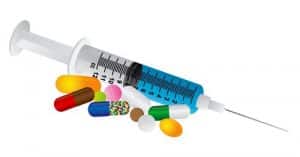 Virginia drug sentencing can involve stiff penalties. As a Fairfax criminal lawyer, I fight to win drug cases, and, for any sentencing, to obtain the most favorable sentence.

A first time Virginia conviction for distribution or possession with intent to distribute a Schedule I or II controlled substance (for instance cocaine, heroin, LSD, methamphetamine or even Adderall (which contains amphetamine)) carries a statutory sentencing range of five to forty years incarceration. Va. Code § 18.2-248(C).

A second such conviction — if correctly charged and proven as a second offense — requires a sentencing range of five years to life in prison, whereby three years “shall be a mandatory minimum term of imprisonment to be served consecutively.” Va. Code § 18.2-248(C).

The foregoing mandatory minimum does contain a safety valve provision for avoiding being required to receive a mandatory minimum sentence, but does require timely action by the defense. The safety valve requires a court finding that the defendant has no prior statutorily preclusive convictions; threats of violence and weapons possession were not connected to the convicted drug offense; the convicted offense did not “result in death or serious bodily injury to any person” (because some street drugs will kill their user);  the defendant was not a ringleader of others in the offense and was no engaged in a continuing criminal enterprise as defined by statute; and “[n]ot later than the time of the sentencing hearing, the person has truthfully provided to the Commonwealth all information and evidence the person has concerning the offense or offenses that were part of the same course of conduct…” Va. Code § 18.2-248(C).

This week, Virginia’s Court of Appeals declined to state how many hours or d’ays before sentencing is required to disclose the foregoing information about the offense, which constitutes the fifth and last safety valve factor. Hall v. Virginia, ___ Va. App. ___ (Jan. 9, 2018).  Hall does warn that this notice element of the safety valve must “afford the Commonwealth the opportunity to assess his information for veracity and completeness.'” Hall’s providing such information —  in the form of handwritten details about three prior drug transactions — did not meet that safety valve requirement.