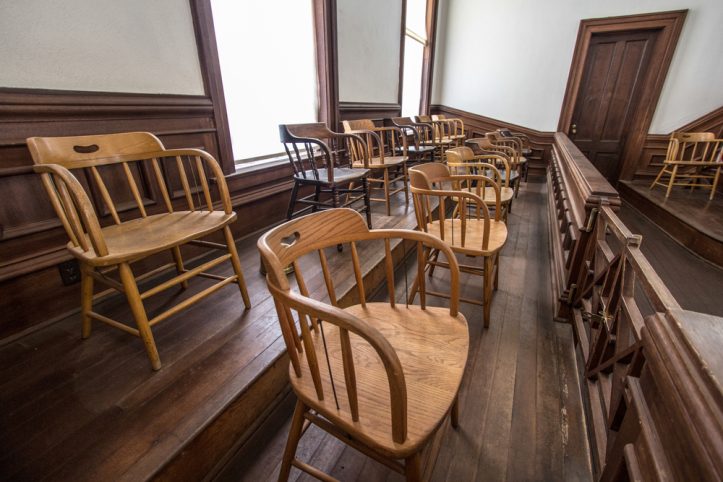 Virginia jurors can be sentencing hammers for driving under the influence cases, if you let them participate in sentencing, says Fairfax DUI lawyer

Virginia jurors can be very unfavorable at a jury sentencing proceeding that takes place after a jury convicts for driving under the influence of alcohol or drugs. As a Fairfax DUI lawyer, I know that nobody likes DUI, but at least judges at any sentencing have the Virginia advisory sentencing guidelines as a reference point, and they also know what sentencing ranges that they and their colleagues have been imposing. Jurors do not have access to such information nor statistics. Until the law of the commonwealth changed effective July 2021 make judge sentencing the default in Virginia (unless the defendant timely requests a jury sentencing), a factor that sometimes drove Virginia criminal defendants to seek non-jury trials or guilty / no contest pleas was to avoid the jurors when a judge sentencing seemed less risky.

When is a Virginia jury trial available for my DUI case?

A jury trial is not available in Virginia until your DUI case reaches Circuit Court, which is only possible after a conviction in District Court. Therefore, it is very important that you obtain and work closely as a team with a qualified lawyer for your District Court case, so that an acquittal or dismissal will preclude any need to consider appealing. Moreover, if you get convicted at trial of a lesser count or less serious charge (for instance guilty of refusal but not guilty of DWI; or guilty of DUI first offense under 0.15 rather than guilty of a blood alcohol content of 0.15 or higher or of a second offense), Constitutional Double Jeopardy protection precludes the prosecutor from recharging or appealing any acquitted conduct. If you get convicted in District Court and appeal, then you can get a trial with Virginia jurors.

Should I seek a judge or Virginia jurors for the culpability phase of my DUI case?

If your lawyer knows who your judge and potential jury pool will be, then s/he can better answer whether you should seek a judge or jury for the guilt and innocence phase of your trial. In Fairfax County and Northern Virginia courts generally, criminal defense lawyers usually do not know who the judge will be until the day before trial or day of trial, and do not receive a list of potential Virginia jurors more than a few days before trial. Virginia Circuit Court trials for DUI, all other Class 1 misdemeanor cases, and felony prosecutions proceed before a judge for determining culpability, unless both parties agree to waive a jury. Keep in mind that jurors do not rule on matters of law, which include such Constitutional issues as the legality of the stop of the defendant, the legality of the arrest and of any searches, nor the admissibility or not of offered testimony and other evidence. Consequently, if the video show you obviously blitzed by alcohol immediately upon your getting out of the car, you may think twice about a jury trial as to culpability, unless you are accused of additional criminal counts or more than simply DUI without such enhanced allegations as enhanced BAC that risks mandatory minimum jail sentencing, or charges of being a repeat offender.

Should I seek a judge or sentencing by Virginia jurors in the event I am convicted?

Sentencing in Circuit Court will be by judge unless the defendant has been convicted by a jury and timely and correctly filed a demand for a sentencing by Virginia jurors at least thirty days before sentencing. Virginia Code § 19.2-295(A). Beware the vagaries of many DUI jurors for sentencing, but also beware of that with plenty of judges. Some of the jurors you least expect to go berserk over DUI cases can go that way. A law professor whom I otherwise look up to in many ways seemed to get bent out of shape so much about my stance on DUI defense (I know I am on the side of the angels with DWI defense and all other criminal defense) that he seemed to have lost interest in his initial idea during my 20th law school reunion to meet up for lunch and to discuss our mutual professional work. A seemingly likable cookout guest (until he started spouting up a storm about DUI defendants) at a very politically and socially liberal college classmate went nuts by email to me that I would even think about defending those accused of driving under the influence. So much for presumed innocent unless and until proven guilty beyond a reasonable doubt; and so much for assuring that any sentencing is just, fair and humane. The numbers mean that more people are going to know someone who has been injured or killed by someone later convicted of DUI than they are to know a person who has been injured or killed by any other crime.

How do I protect myself against a harsh outcome in my Virginia DUI case?

How do you protect yourself against a harsh DUI outcome including from Virginia jurors? Ideally, avoid getting behind the wheel less than 24 hours after finishing consuming beer, wine or alcohol. Even if the alcohol entirely left your bloodstream hours before that, this is about overcovering risk. If you do get investigated for DUI, keep in mind the rights I address here and elsewhere when a suspect or potential suspect. If you are prosecuted for DUI, obtain a qualified lawyer with whom you will work closely as a team. When I defend a person accused of violating the Virginia DUI law, I defend them to the hilt at every stage of the case, which includes, but is not limited to, showing how my client’s alleged behavior was an aberration that will not be repeated, and how on a scale of one to ten, my client’s alleged behavior falls closer to a one, where a ten is the most egregious.

Fairfax DUI lawyer Jonathan Katz pursues your best defense at every stage of a Virginia DWI and criminal prosecution. See for yourself the positive difference Jon Katz can make for your defense and offense, through a free in-person consultation about your court-pending case, at 703-383-1100.