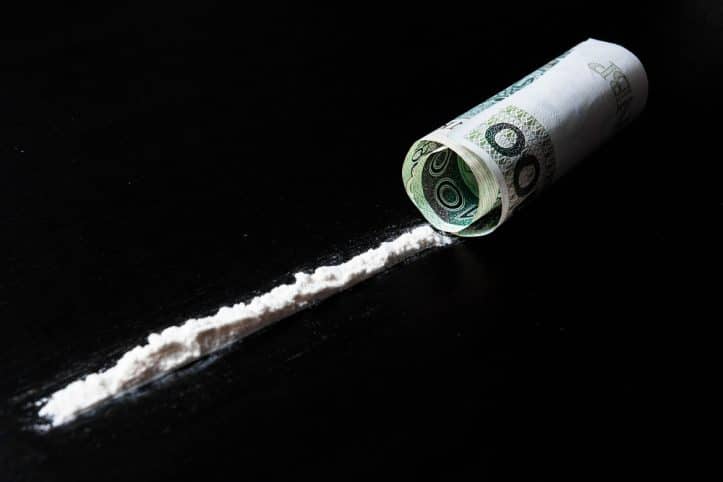 Drug dealing convictions in Virginia can result from matching packaging and so-called expert testimony about intent to distribute. As a Fairfax criminal lawyer, I know the risk of the presence near drugs risking a prosecution and conviction for possessing or trafficking in those drugs. Consequently, think twice before hanging out with or being anywhere near people you know have illegal controlled substances / drugs on them. I know that can make you a subject of ridicule and alienation by such people, but the Virginia drug laws are too harsh to automatically discard proceeding with such caution.

How can a defendant be convicted for drug dealing from being near a drug-filled plastic bag that is consistent with plastic that was recently sticking out of the suspect’s pocket?

Police stopped Rudolph Watson’s car for having a taillight out. When the police officer was interacting with Watson, Watson had a plastic bag in his left hand that he then put in his pocket. Watson v. Virginia, Record No. 1350-20-1 (Va. App., Dec. 14, 2021) (unpublished). Police office Moorman “asked appellant ‘what did you put in your pocket,’ to which appellant responded by turning and running away. Moorman quickly apprehended appellant, approximately five to ten yards from his police vehicle. When Moorman reached appellant in the short chase, appellant ‘went head over heels’ and ‘rolled forward, hitting the ground.’ Once appellant was handcuffed and secured, Moorman could not find the plastic bag in appellant’s pocket…” Near the area where the chase began, officer Moorman found a plastic bag containing nineteen bags of cocaine. Even though he could not rule out that the bag was left by someone else, and did not see what Watson did with the bag, Moorman testified at Watson’s drug dealing trial that the bag looked consistent with what was earlier in Watson’s hand. Of course the two plastic bags looked consistent with each other, when a slew of plastic bags look consistent with each other. Watson found this evidence to be sufficient to allow the conclusion that the cocaine-containing plastic bag on the ground was the same one held earlier by Watson.

At Watson’s drug dealing trial, the prosecution presented “expert” testimony that the numerosity and size of each of the nineteen cocaine baggies, together with the absence of material to ingest it with (who needs anything but a rolled up dollar bill to snort it?) indicated intent to distribute the cocaine, which of course brings harsher sentencing than mere possession for person use. The judge, sitting without a jury, convicted Watson of possession with intent to distribute cocaine.

Why does Watson not address the legality of the seizure of Watson?

This Watson drug dealing case does not address the legality of the seizure of Watson. One is left to wonder whether his lawyer preserved that issue at the trial stage or in his written appellate filings. Nonetheless, had this stop happened today, it would have been unlawful, because new Virginia law renders inadmissible at trial incriminating evidence obtained from a traffic stop effectuated solely due to a defective taillight. Virginia Code § 46.2-1013. The police seizure of Watson would only seem justifiable if as a result of seizing him to issue a summons for the defective taillight, rather than that his running away created sufficient Fourth Amendment justification (whether with reasonable suspicion or probable cause) that the baggie contained illegal drugs.