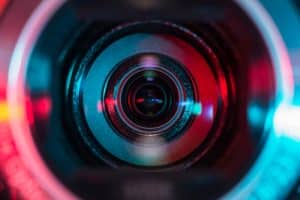 Witness unavailability for the prosecution will not automatically avoid a conviction for a criminal defendant, which I have said many times as a Fairfax criminal lawyer. Mitchell Larnell Bennett learned that lesson when the Virginia Court of Appeals last week affirmed his felony drug distribution conviction in large part through relying on audio and silenced video of a deceased undercover informant drug buyer obtaining cocaine from Bennett. Bennett v. Virginia, ___ Va. App. ___ (Nov. 20, 2018).

Repeatedly, police and prosecutors obtain help from arrested alleged drug dealers to nab other drug dealers and drug users, including providing currently-known information and participating in drug buying and sales stings. As a Fairfax criminal lawyer, again and again I see my marijuana, cocaine, ecstasy and other drug clients get caught up in police stings with informant/snitch/cooperating witnesses who themselves have been charged with serious drug crimes and are trying to dig themselves out of their holes by helping the police send other people into drug prosecution holes.

Although Mitchell Bennett may have breathed a sigh of relief when he learned the otherwise unfortunate news of the death of the cooperating witness who caused his arrest and prosecution, that did not guarantee an acquittal. Whether or not the cops in Bennett’s case planned for possible snitch unavailability for trial, here the police dotted their I’s and crossed their T’s by searching the snitch before he bought cocaine from Bennett, keeping an eye on the snitch including through audio and video, and searching him after the purchase to assure that cocaine had been obtained, and that recorded buy money had been used.

Bennett waived his right to a jury trial and proceeded to a bench trial. As a Fairfax criminal lawyer, I know that waiving a jury trial may or may not increase the chances of acquittal (depending on the circumstances) and at least precludes the frequent vagaries of jury sentencing recommendations. Bennett okays the judge’s admission into evidence of the snitch’s surreptitiously recorded phone call setting up the cocaine buy from Bennett and the silenced video showing the purchase, determining that the cooperating witness’s statements on the audio and body movements in the video did not violate the Constitution’s Confrontation Clause, were not offered to prove the truth of the matter asserted therein (which is the definition of hearsay for extrajudicial statements), but to elicit the subsequent cocaine sale by Bennett.

As a Fairfax drug attorney, I know that the profit motive for drug sales will continue driving robust illegal drug sales, and that this alone makes the draconian drug wars a huge misallocation of law enforcement and government money and resources. Bennett took that risk, even though he had been convicted at least twice before for drug dealing. His sentence of twenty years in prison with ten years suspended does not sound so bad for his risk of going to trial, under the circumstances.