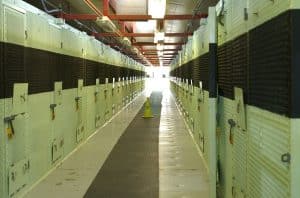 Advocating for criminal defendants when judges blunder is part of the job of a criminal defense lawyer. As a Fairfax criminal lawyer, I know that many judges will royally blunder in making numerous vital decisions. The humble judges who blunder have better potential for getting back on track than the judges so arrogant that they are convinced that they always are right, when no human is always rights.

Standing up to a judge who blunders sometimes brings risks. That is part of the territory of being an effective criminal defense lawyer.

A great example of such courage by criminal defense lawyers comes from the ongoing impasse between the Guantanamo judge of capital defendant Abd al-Rahim al-Nashiri’s, and the three civilian lawyers, Al Nashiri’s lawyers are lead defense lawyer Richard Kammen, attorney Rosa Eliades, and attorney Mary Spears. (Richard and Rosa and I all attended the Trial Lawyers College at different times.)

Richard Kammen confirms intrusions into attorney-client confidentiality, which has included “microphones hidden
in smoke detectors.” Such a situation is intolerable, no matter how serious the threat of a criminal defendant. Brigadier General John Baker — the Chief Defense Counsel for the Guantanamo Military Commission — concurred and relieved the civilian lawyers’s assignment to Al-Nashiri, who is “genuinely like[d]” by his now-former civilian lawyers.

No judge should force lawyers to maintain a charade of justice

Praised be General Baker for standing up to Judge Spath, writing that as chief defense counsel, he has “unilateral, unreviewable authority to excuse counsel for good cause… Nowhere do the Rules make provision for the review or reversal of that determination.”

Praised be Al-Nashiri’s civilian lawyers for declining Judge Spath’s directive to appear at the next court proceeding.

Congratulations to Richard Kammen for obtaining a federal judge’s temporary order to prevent Kammen’s arrest for not following that directive from Judge Spath.

Advocating for criminal defendants is a high calling. Thanks to Al-Nashiri’s civilian lawyers and General Baker for taking the right path.

Fairfax criminal lawyer Jonathan L. Katz fully fights for his clients, since 1991. To discuss your case with Jon in confidence, please call his staff to schedule an appointment, at 703-383-1100.