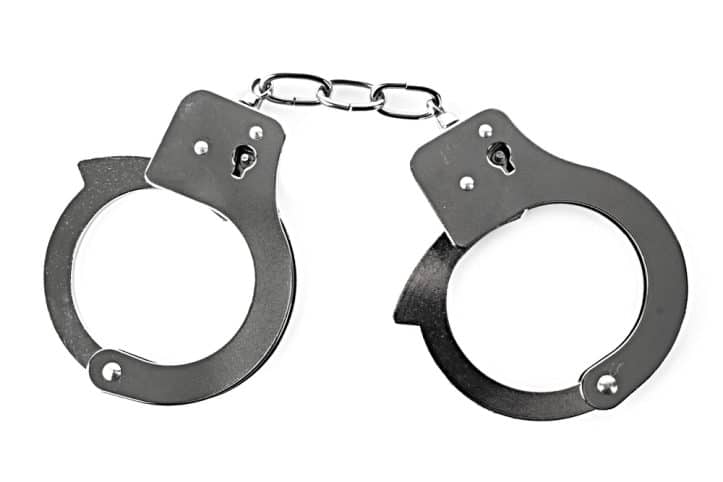 Caught red handed? Fairfax criminal lawyer says you still have no choice but to fight the prosecution

Caught red handed? As a Fairfax criminal lawyer, I know that scenarios where this often happens include when a drug dealer learns that his customer is a cop; when a child pornography viewer learns that the Internet is not at all anonymous, as the cops storm his home and seize all his hard drives; and when a thief finds out that that his movements have been tracked for months on video and with eyewitnesses. The initial human response might be to exclaim that the world as the suspect knows it has fallen apart. Set that feeling in the pit of your stomach aside while you begin to pick up the pieces, to make sure you are in control of asserting your right to remain silent with police and to demand the assistance of a lawyer, for starters.

Committing a crime takes risk, and fighting your Virginia criminal case in court can involve risk

Many people caught red handed or otherwise in the commission of a crime knew they were taking a risk. Obtaining the right Virginia criminal defense lawyer helps reduce the risks that follows in terms of getting released from incarceration pending trial, pursuing acquittal, negotiating for a favorable disposition, and pursuing the best possible sentence if it comes to that. You can also reduce your risk for settlement negotiations and sentencing by following your lawyer’s sensible advice for self improvement steps you can take. Finally, now that you have been arrested, it is time for you to completely modify your behavior and the people with whom you choose to associate, so that you are leading a squeaky clean life. If doing so requires obtaining counseling to help with behavior modification, then get that counseling.

If my lawbreaking was financially lucrative, should I simply continue on the same path but with extra precautions against getting caught again?

If I were allowed to advise people how to break the law with reduced risk of getting arrested and convicted, I could fill several football stadiums of attendees. However, not only are lawyers barred from doing that, but you need to remember that law enforcement is also a lucrative industry that is going to keep cops seeking out lawbreakers, and prosecutors prosecuting arrestees.  Some more risk averse law breakers-for-profit possibly decide that the first time they get caught red handed or otherwise, will be the last time they engage in such lawbreaking. However, that may become but a fleeting resolution once the person sees a thinner wallet as a result.

Achieving compelling persuasion that you have been scared straight, and have free will to blaze a new and positive trail

A well-known fable recounts the scorpion who convinces a frog to transport him across the river, and that he has no reason to sting the frog lest they both drown. Sure enough, the scorpion fatally stings the frog in mid-river, and apologizes that doing so is in his nature. If a prosecutor, judge or jury feels that way about plenty of humans who get caught committing crimes, you can break that notion by showing that you are exercising your free will — where less advanced animals do not have much free will– to move into a permanently new direction. Behavior modification does not come easy, as plenty of obese physicians who know better can tell you. You help show such a permanent life change through such steps as pursuing a program of community service to show more selflessness together with turning around your life; counseling and coaching with effective professionals; and group self help meetings where you do not need to feel like you will be a pariah nor misunderstood when admitting your shortcomings and struggles to overcome them (just don’t discuss your pending criminal case at such meetings). Whether your self destructive behaviors violate the law or not, it is not too early to engage in such life changes before even becoming a crime suspect.

Do not expect a break in court out of anticipating soft-on-crime views of judges, jurors or prosecutors

In Fairfax and other Northern Virginia counties, criminal defense lawyers are going to trial less often for people caught in prosecutions, in the light of plea negotiations that often are better than what they were before the current more reformist or progressive-minded chief prosecutors took office two years ago. However, it would be misguided to think that any action by a judge, jury, or prosecutor that is favorable to a criminal defendant comes from being soft on crime, versus that they are coming from a place of looking at sensible proportion and fairness, and that they recognize that it is wrongheaded to think that we can make society safer by simply warehousing in jails and prisons people who may well be more prone to commit crimes when released. Persuading these people in settlement negotiations and for any sentencing must recognize the foregoing reality, and therefore calls for being able to present specifics to show that you have made it a priority to turn your life around, that you are doing so, and that this is a permanent lifestyle change. This is imperfectly akin to dieting, where we know that plenty of people who lose incredible amounts of weight are going to be unable to deal with the discomfort of all the self control and loss of the joy of sugary sweets dancing on their tastebuds (consider the willpower needed to kick a drug habit) and will return to their old habits of eating too much of the wrong foods and not exercising enough.

If I am innocent, doesn’t a self improvement approach falsely admit I am guilty

Innumerable Virginia criminal defense clients of mine — whether caught red handed or not — protest about whether engaging on a self improvement path will be an admission of guilt. I respond that the prosecutor usually sees them as culpable, and that the judge will not know about their self improvement steps until there is a conviction in the first place. Moreover, even innocent people can benefit personally from such self improvement steps as doing community service, and even attending Alcoholics Anonymous meetings for their Virginia DUI case, in that the related experiences from the hardcore alcoholics at these meetings can scare off the non-alcoholics from ever bringing their lives to such a point.

If I am caught red handed in a crime, can I still win in court?

One of the critical reasons for hiring a highly capable Virginia criminal defense lawyer is that such a lawyer knows that even a person caught red handed in a crime will not automatically be convicted, and will exploit every opportunity that presents itself for acquittal or the next best success for the criminal defendant. Remember, for starters, that you as a criminal defendant are presumed innocent, and that the prosecutor has the sole burden to try to prove you guilty beyond a reasonable doubt, and that you have no obligation to present even a shred of evidence nor word of witness tesitmony to obtain an acquittal. With the prosecutor’s having the sole burden of pursuing a conviction, remember that sometimes essential witnesses become unavailable (whether by moving out of state or otherwise); police and other prosecution witnesses, being human, can falter; and prosecutors can falter. I have many times won trials on one or a combination of all the foregoing factors.

Take the three-prong approach to your Virginia criminal defense

As a Fairfax criminal lawyer, I repeatedly take the following three-prong approach to defending my clients, whether they have been caught red handed or not: Prepare fully for trial, and keep revisiting, refining and improving that defense. Engage in case settlement negotiations — unless the criminal defendant does not want to negotiate — from the position of strength of being fully prepared for trial so that any desperation to settle the case is absent. Be fully prepared for any possible criminal sentencing proceedings.

Do not leave your Virginia DUI or criminal defense to chance. Take the bull by the horns

Several times over the course of the year, we face adversity involving health, work, relationships and other aspects of our lives. Getting caught in a Virginia criminal prosecution is simply one new adversity, that needs to be fully tackled, including through obtaining the right criminal defense lawyer for you. Fairfax criminal lawyer Jon Katz focuses nearly 100% of his law practice against Virginia DUI and criminal prosecutions. Get a leg up on your defense by calling 703-383-1100 for a free in-person initial consultation with Jon about your court-pending case.