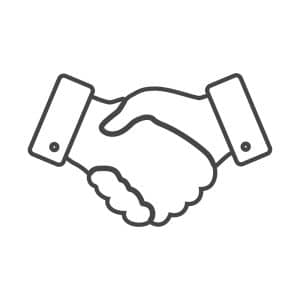 Conspiratorial conduct — known as a conspiracy — arises when two or more people enter an agreement to commit a crime or series of crimes.  As a Fairfax criminal lawyer, I know that for certain non-drug felony conspiracies, the Virginia sentencing maximum is less than if the choate crime had been committed. Va. Code § 18.2-22. At the same time, Virginia law enables certain circumstances permitting one conspiracy to enable a conviction for multiple crimes. Smallwood v. Virginia, ___ Va. App. ___ (May 12, 2020).

Conspiratorial conduct is “’an agreement between two or more persons by some concerted action to commit an offense.’ Combs v. Commonwealth, 30 Va. App. 778, 787 (1999) (quoting Feigley v. Commonwealth, 16 Va. App. 717, 722 (1993)).” Smallwood. The “language of the conspiracy statute is to be ‘strictly construed against the Commonwealth.'” Smallwood.

The commonwealth has a separate statute for sentencing drug conspiratorial conduct

Sentencing for most drug conspiratorial conduct simply provides that sentencing for such conspiracy “is punishable by imprisonment or fine or both which may not be less than the minimum punishment nor exceed the maximum punishment prescribed for the [choate] offense, the commission of which was the object of the conspiracy.” Va. Code § 18.2-256.

Sometimes one conspiracy can yield more than one Virginia conviction

Departing from the common law of conspiratorial conduct, the Virginia Supreme Court in 1982 pronounced that “‘a single agreement can form the basis for multiple violations of Code § 18.2-22.'”, at least where the conspiracy is to commit more than one type of crime (in Cartwright, robbery  and murder of one person, and murder of a second person, totaling three separate conspiracy convictions and sentences, all upheld by the state Supreme Court). Smallwood (quoting Cartwright v. Virginia 223 Va. 368, 372 (1982)).

Smallwood, however, reverses the multiple convictions against him for conspiratorial conduct, because in Smallwood’s case the trial court found the existence of only one conspiracy to commit a series of violations of only one Virginia criminal statute (Va. Code § 18.2-178, prohibiting obtaining money through false pretenses), to perpetrate a Ponzi scheme. As an aside, Smallwood is particularly notable in that the defendant’s co-conspirator Ron Hall was a Virginia Beach police officer at the time the conspiracy was being effectuated.

Conspiratorial conduct can be committed by nothing more than, for instance, defendant A telling defendant B “Let’s rob that man over there,” with both defendants then proceeding to run over to the man while both holding fully loaded handguns.

Fairfax criminal defense lawyer Jonathan L. Katz fights for your best possible defense as the accused in felony, misdemeanor and DUI cases. Call 703-383-1100 for a free consultation with Jon Katz about your court-pending criminal or DWI case.