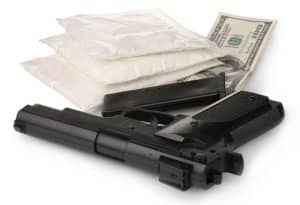 Robbery convictions are not avoided in Virginia by a claim of right to seize stolen ill-gotten gains, says Fairfax criminal defense lawyer

Robbery in Virginia is sentenced harshly. from five years to life in prison. As a Fairfax criminal defense lawyer, I know that it is folly for an accused robber of contraband or its proceeds, to assert innocence on the basis of the defendant’s ownership of those ill-gotten gains. When that is the only issue that a Virginia robbing defendant can argue at trial or on appeal, s/he indeed has a weak appeal. The Virginia Court of Appeals made that clear this month. Olmedo Pena  v. Virginia, ___ Va. Ct. App. ___ (May 5, 2020).

When criminally confronting thieves of unlawfully-obtained gains, one risks making a bad situation much worse

Robbery defendant Olmedo Pena and his cousin Luis Lafferty accumulated a few thousand dollars from illegally selling drugs and trading firearms in a neighboring state. They were beyond angry when the cash went missing. The pair convinced an acquaintance to set up a fake marijuana deal with the two people they suspected of orchestrating the cash theft. Pena and Lafferty then showed up at the Virginia setup location, Pena demanded the stolen money, Kamau Imani denied having the money, and Pena shot  Imani in the neck after Pena only got from Imani a fraction of the dollar amount that was stolen from Pena and Lafferty. Imani bled profusely and ultimately died.

Robbery of allegedly stolen money results in conviction for murder, robbery, conspiracy to rob, and use of a firearm in the commission of robbing

Pena now sits in prison convicted of murder, robbery, conspiracy to rob, and use of a firearm in the commission of robbing. A review of his online Virginia Circuit Court docket shows that Pena is serving a life prison sentence. After Pena shot Imani, the walls came tumbling down on him. Witness(es) to the shooting clearly reported the incident to police, who found Pena in a Virginia-adjacent state. Pena’s cellmate testified that Pena confessed to the crime. Pena’s co-conspirator Lafferty testified against him. The only — and ultimately useless — leg Pena had to stand on was claiming the right to seize back the criminal drug proceeds that were stolen from him and Lafferty.

“When successful, the claim of right defense negates a defendant’s … specific intent requirement for conviction for certain offenses such as the ‘intent to steal’ requirement for a larceny conviction… By doing so, it operates as an affirmative defense in [Virginia] to several offenses, including robbery.” Pena. “The record is equally clear and undisputed that the stolen money was ‘drug money’—the proceeds of Lafferty and Pena’s joint illegal drug distribution operation. Consequently, we must consider whether as a matter of law, one can have a good faith claim of a legal right in the proceeds from the sale of contraband. For the following reasons, we conclude that one cannot.” Id.

Nobody testified in Pena’s defense. His lawyer unsuccessfully asked the trial judge to instruct the jury that “’If you believe the defendant took the property he is charged with stealing under a belief that he had a good faith claim of right to take it, then, even though his belief was mistaken, you shall find the defendant not guilty of robbery.'” Pena. Pena upholds the trial court’s refusal to give this jury instruction, as it was not supported by more than a scintilla of evidence presented at trial.