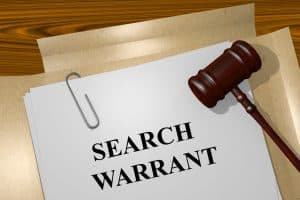 Emergency aid by police sometimes can justify police in Virginia to enter one’s home without a search warrant. As a Fairfax criminal lawyer, I know that once police justifiably enter a home without a warrant, they may also be permitted to conduct what is known as a cursory sweep or protective sweep to secure the premises, protect emergency responders and police, and protect others on the property. Merid v. Virginia, ___ Va. App. ___ (May 12, 2020).

The above-referenced Merid emergency aid exception opinion results from particularly gruesome facts. Merid’s brother called police for help when unable to reach his brother all day, a day when Merid texted his brother about  joining their deceased mother and asking Merid’s brother to forgive him.

When police arrived as Merid’s apartment building, knocked on his door, and announced themselves, police heard “”some sort of garble, throw up, suction noise,'” that was “‘mixed with some coughing and moaning, like pain.'” Receiving no other response long after Merid said he did not need medical attention, police opened his apartment door with the maintenance key, and forced the chain-locked door open. This is an essential set of facts in the Merid emergency aid case.

Once inside, police immediately saw Merid on the couch, repeatedly stabbing himself in the neck with a knife. Police tried to stop the bleeding while awaiting an ambulance. When medics arrived, police entered the bedroom, which was the only part of the apartment not visible to them when in the room where they found Merid. In the bedroom was a scene more horrific than seeing Merid stabbing himself in the throat. After entering the bedroom for only a few feet, police found the corpse of June Seals on the floor, “‘tied to the chair. Her head was wrapped in plastic . . . . And there was dried blood pooled on the floor all around her.'” As a result, Merid was  indicted for the abduction and murder of Ms. Seals, pursuant to Virginia Code §§ 18.2-47, 18.2-32, and 19.2-221. This set of facts is essential to Merid’s analysis of police cursory sweep authority after entering premises under the emergency aid exception.

Merid presents itself as clarifying the applicable Virginai law both on when the emergency aid exception justifies a warrantless police search, and when a cursory warrantless sweep is next permitted. The trial judge who found both to be Constitutional in Merid’s case was Lisa Kemler, whom I first met in the early 1990’s at my first meeting of the National Association of Criminal Defense Lawyers, and who successfully obtained a not criminally responsible / insanity jury verdict for Lorena Bobbitt in 1994. Merid confirms that on appeal, the court reviews the lower court’s judgment, rather than its reasoning.

The Virginia trial court in Merid denied Fourth Amendment Constitutional relief for the warrantless police entry into his apartment and cursory sweep of the bedroom, on the basis of the police community caretaker principle, which in my view has not yet been sufficiently established as being applicable in Virginia. Instead, Merid justifies the warrantless entry into Merid’s apartment under the emergency aid exception to requiring a search warrant, and finds the subsequent emergency sweep as a natural protective measure by police against further harm to those inside the apartment (for instance in the event an armed person were in the bedroom, who could then have posed a safety risk to the police and the arriving medics.)

As much as the language of the Fourth Amendment to the United States Constitution’s Bill of Rights seems to underline the importance of search warrants, the appellate courts have found exceptions to the warrant requirement under several circumstances, including when the owner of the property consents to a search (the defendant may always consent whether this was true consent), when a car or person is searched pursuant to probable cause, when an arrestee is searched pursuant to arrest, and when exigent circumstances exist (for instance to save lives, or to prevent the spoliation or destruction of evidence of a crime).

The importance of saying no to police searches remains

At the same time, the power remains strong of refusing police searches and declining to assist police in effectuating searches (whether police are with or without a warrant) by such means as providing combinations to locked containers, or helping to locate and retrieve searched property. Once a person consents to a search, s/he has seriously weakened or even lost the ability to make any winning challenge to that search in court.

Never physically resist a police search, versus clearly articulating objecting to the search