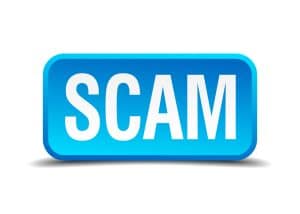 Extortion cannot be successfully prosecuted in Virginia when a threat is only made after the alleged victim has voluntarily handed over money. As a Fairfax criminal lawyer, I congratulate Assistant Public Defender Tabatha Blake for winning an appellate reversal of her client’s extortion conviction, by applying the foregoing argument. Ahmadzi v. Virginia, Record No. 0384-19-4 (Va. App. March 2020) (unpublished).

Criminal defendant Ahmadzi posted a personal service advertisement on a website and was then called by her victim. Ahmadzi offered a choice between a “blow job” for $50 and “the full job” fort $250. The victim chose the full job, and arrived at Ahmadzi’s apartment. He voluntarily provided Ahmadzi $250 plus a $10 tip (a mere 4% tip). all in an envelope prepared at his home, with the defendant’s assumed name of “Layla”. Only after Ahmadzi received the victim’s $260 payment did she then lie and claim she was a police officer with nearby police backup. This was not extortion, but was the crime of impersonating a police officer.

Ahmadzi offered to let her victim go if he provided a reason to release him. She stated satisfaction with his explanation about his wife having left him, but said she would keep his money as a lesson to him. Once the victim later recognized that Ahmadzi was not a real police officer, he challenged her identity, and she offered to return her victim’s money. However, when he returned to Ahmadzi’s place, she did not answer but instead called the police, ultimely did not respond to the police, and falsely reported a stabbing at a nearby gas station. This was not extortion, but was a criminal false report to police, which is a crime in Fairfax and the rest of Virginia.

Ahmadzi’s call to police got her convicted

In Ahmadzi, the Virginia Court of Appeals reverses her extortion conviction for insufficient evidence, but points out that she did not even bother bringing an appellate challenge to her convictions for impersonating a police officer and giving police a false report. The jury acquitted her of felony theft related to her obtaining her victim’s payment under the subterfuge of providing sex in return.

The relevant statutory language against Ahmadez is “Any person who (i) threatens injury to the character, person, or property of another person, (ii) accuses him of any offense… and thereby extorts money, property, or pecuniary benefit or any note, bond, or other evidence of debt from him or any other person, is guilty of a Class 5 felony.” Va. Code § 18.2-59. Here, Ahmadez obtained money from her victim before ever making any threat nor accusation against him, so was not culpable for extortion.