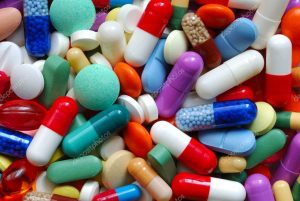 Drug 251 dispositions involve the withholding of a drug possession conviction under Virginia Code § 18.2-251, and is only available if the criminal defendant  has not before received a 251 disposition or applicable drug conviction. As a Fairfax criminal lawyer, I know that a 251 disposition brings not only risks to one’s reputation, security clearance and immigration status, but also brings the same six month driving license suspension — with the ability to apply for restricted driving privileges — as a Virginia drug possession conviction. I further know as a Fairfax drug defense lawyer that extra community service enables a judge to not require a license suspension for a marijuana 251, but of course simple marijuana possession is expected to become a civil offense in Virginia commencing July 1, 2020.

So long as Virginia’s governor signs the bill passed by both legislative branches, drug 251 cases will no longer require Virginia license suspensions effective July 1, 2020. H. 909 (251 License Bill).  The language of this 251 license legislation does not appear to be retroactive. On the other hand, anyone who gets charged with violating a 251 disposition by driving outside a Virginia restricted license issued pursuant to such a drug case, will be able to argue for leniency when considering that the new bill provides for no license suspensions for such a drug case disposition. The judge of course will decide whether to consider any such leniency. Of course, violating a 251-based license suspension also allows a separate Virginia prosecution for suspended driving.

This new drug 251 legislation does not apply to drug convictions. As a Fairfax criminal lawyer, I know that should be an extra incentive for people with 251 dispositions to honor the terms and conditions of their probation, lest a probation violation charge lead the judge to convert the original disposition to a conviction, thus requiring a driving license suspension on top of the risk of a jail or prison sentence up to the maximum sentence available for such a conviction.

Virginia drug and marijuana convictions, and drug 251 dispositions, can present numerous landmines and adverse collateral consequences. To pursue the best possible result around such risks, it is essential to obtain a qualified retained or court-appointed lawyer.