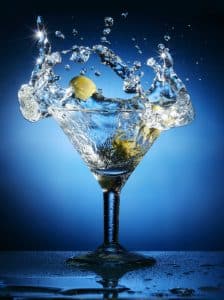 DUI arrest risks always are present when a person drives with alcohol in one’s bloodstream, even if a small quantity. As a Virginia DUI lawyer, I know that overall DWI arrest numbers will be reduced as people drive less during the pandemic. I also know that each person’s DUI arrest risk remains present if driving after consuming alcohol, in this time of drinking quarantinis when many avenues of outside leisure activity have been closed, and when some will shun Uber, Lyft, subways and busses, planes and trains to avoid being in enclosed spaces with people who might be infected with the coronavirus.

DUI arrest risks reduce by avoiding driving within 24 hours of consuming any alcohol, beer or wine

Waiting 24 hours between consuming liquor, beer or wine and driving may seem to be over-covering risk or even overkill. Nonetheless, it is better to disintegrate risk than to be forced to defend against a Virginia DWI prosecution, let alone to be convicted for DUI, and let alone the risks of mandatory minimum jail time when convicted of DUI with a blood alcohol level of at least 0.15.

Virginia police DUI patrols and sobriety checkpoints might be on the decrease during the pandemic, but police have more time to patrol

Fairfax and Virginia police are not going to be able to make as many DUI arrests with bars, restaurants, and nightclubs closed except for food carryout, and with so many people with no workplace to drive to, nor other leisure destinations to visit, let alone the many people voluntarily self-quarantining the majority of their time.

At the same time, police will have more time on their hands for each criminal investigation and arrest, as they have a smaller incidence of alleged criminal and DUI activity during this time that so many people are staying home most of their time, and thus reducing a host of crimes aside from assault and drug crimes.

How to reduce your risk of a DUI arrest and conviction

As a Fairfax criminal lawyer, I know that you reduce your risk of a DUI arrest by eliminating the reasonable suspicion basis for police to stop you in the first place, including obeying all traffic, speed, and vehicle equipment laws. Of course, if a police officer wants badly enough to encounter a suspect face to face, the cop can simply follow the suspect until s/he finally parks somewhere and leaves his or her car.

To reduce the risk of a conviction, remember my oft-repeated warning of the risks of talking with police as a suspect, agreeing to searches, submitting to field sobriety testing, and engaging in voluntary on-scene pre-arrest preliminary breath testing.