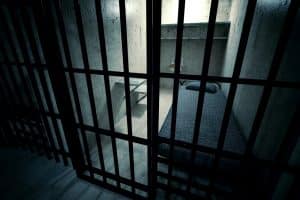 Commonwealth of Virginia jails will report the names of all non-United States citizens to United States immigration authorities. As a Fairfax criminal defense lawyer, I know that the Virginia legislator has passed legislation that will limit such mandatory ICE reporting to felonies only.

If a Commonwealth of Virginia arrestee declines to provide information on his or her immigration status, that silence might get reported to the court magistrate or judge deciding the arrestee’s bond and release conditions, and might be used against the arrestee. My view is that silence is ideal with criminal system authorities other than providing booking information. Once a criminal defendant obtains a qualified lawyer, the lawyer can address whether to provide the authorities with information that the defendant did not disclose.

Legislation passed this year will only make such reporting to United States Immigration and Customs Enforcement (ICE) mandatory for felony cases. S. 491. Commonwealth of Virginia will remain free to voluntarily disclose such information; hopefully this will not do so.

What happens when ICE learns of an arrested or convicted non-United States citizen?

Even if a non-United States citizen has permanent residence (green card), granted asylum / refugee status, a professional visa (H1-B), student status (F-1) or other lawful status in the United States, ICE might issue an immigration detainer on the arrestee / criminal defendant, depending on the crime charged. An ICE detainer lasts 48 hours (excluding weekends and federal holidays) after an inmate’s jail release date, for immigration authorities to pick up the inmate. Non-federal jails have no obligation to honor ICE detainers, and not all do (nor should they, in my view). One colleague’s understanding is that the Fairfax jail is not honoring ICE detainers, which is not uniform by county jails in the commonwealth.