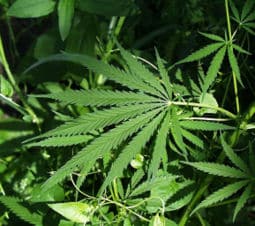 Fairfax marijuana defense takes place in a state with one of the strictest set of  marijuana laws. How much longer can Virginia keep up such an anti-marijuana regime with its governor who favors loosening marijuana laws — but where Republican state legislators will likely pose an uphill battle — and with the sky having far from fallen in Maryland and the nation’s capital, which have two of the nation’s most liberal set of marijuana laws?

After much activist and marijuana business sweat and tears, many states now permit recreational marijuana possession and sometimes even sales to one extent or another, and a majority of states permit medical marijuana for a variety of ailments.

Is it a mere coincidence that United States Attorney General Jeff Sessions chose only a few days after the California legalized recreational pot retailing fanfare, to announce a Justice Department obliteration of the Obama administration’s general hands-off policy about interfering with marijuana activity that is legal under state laws? Here is Sessions’ January 4, 2018, memorandum essentially telling each United States Attorney (where one U.S. Attorney sits in each federal trial court district) to disregard the benefits of federalism — to which conservatives so often pay lip service, at least when convenient for them — when it comes to the states’ own decisions in liberalizing marijuana laws.

Did conservative Sessions consult with populist Trump before reversing the Obama administration on state-legal marijuana?

Populist Donald Trump unlikely gets all worked up against marijuana, and in 2016 said state marijuana retailing should be up to the states, but his conservative attorney general Jeff Sessions certainly does get worked up against marijuana. Did Sessions check with Trump before issuing his January 4 directive? If not, marijuana legalization activists might have an ally in Trump to blunt (pardon the pun) Sessions’ January 4 memo, particularly after canidate Trump indicated in 2016 that he would not let an attorney general Chris Christie shut down state-legal marijuana retailing.

Fairfax, Virginia marijuana lawyer underlines that medical marijuana is not safe from Sessions, either

Now is the time for the United States Congress to flex its legislative muscle to say no to Sessions’ unacceptable incursion on federalism, by his January 4 memo. Such bipartisan Congressional action might already be in the works.

Fairfax, Virginia, criminal lawyer Jonathan L. Katz has successfully defended hundreds of defendants charged with marijuana and other drug offenses, since 1991. To discuss your case with Jon, please call his staff at 703-383-1100 to schedule a confidential appointment.